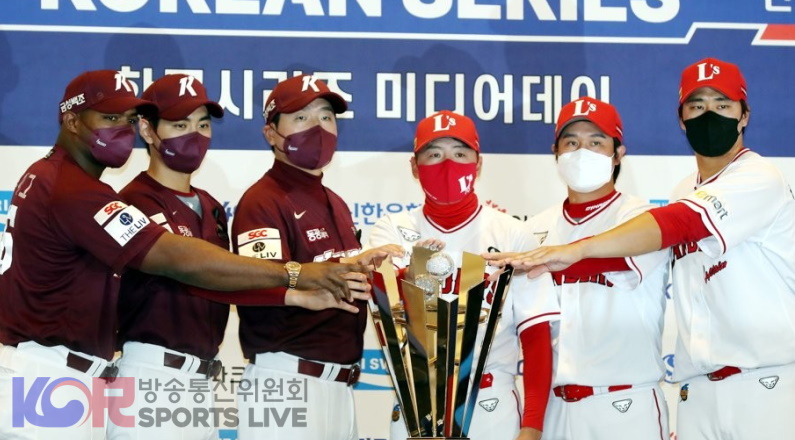 After a season long battle between 10 teams, the culmination of their hard work is paying off. Or at least it is for the SSG Landers and the Kiwoom Heroes as they contend for Korean Series Championship. According to baseball betting info, Game 1 of the series will start at 6:35 PM at Incheon SSG Landers Field. Our 2022 KBO Championship Series Betting Preview will tell you what to expect for game 1 of the series.

The SSG landers betting fans are happy that they will have the home advantage for game 1 and 2.  On the other hand, the Kiwoom Heroes will host game 3 and 4 at the Gocheok Sky Dome in Seoul. Afterwards, if necessary, the SSG landers will then host game 5, 6 and 7.

For the Kiwoom Heroes, this is a momentous event. This is because it is their first time in three years that they will be playing for the KBO Championship. In addition, they are the only team in the KBO to have never won the KBO championship. Needless to say, they are hoping to make history by winning the 2022 KBO Championship. Of course, the SSG Landers will not make it easy for them as they are looking to win their fifth championship.

The SSG Landers won the he South Korean baseball regular season title with an 88-52- 4 record. As to the Kiwoom Heroes, they enter the 2022 KBO Championship Series with an 80-62-2 record. The heroes enter the Championship series after defeating the LG Twins in the playoff with 3 wins in 4 games.

The landers will be starting game 1 of the series with veteran left-hander pitcher, Kim Kwang-hyun on the mound. For the Heroes, they will have right-hander An Woo-jin pitching for them. An Woo-jin had a 2.11 ERA during the regular season while Kim had a 2.13 ERA.

As a team, the Landers certainly have more experience playing in the KBO Championship series with 8 appearances. However, the Heroes have only ever made it that far twice in 2014 and in 2019. Needless to say, Heroes fans who like to bet on baseball have high expectation for them.

Unfortunately, the Championship Series will be starting right after a deadly Halloween stampede that took place in Itaewon last night. The death toll from the Halloween crowd rush is now at 154 and the country is currently mourning its victims.

As a sign of respect for the victims, all players and fans in the stands will observe a moment of silence. Furthermore, the KBO said participating teams will not have cheerleaders nor play music through amps for the first four games