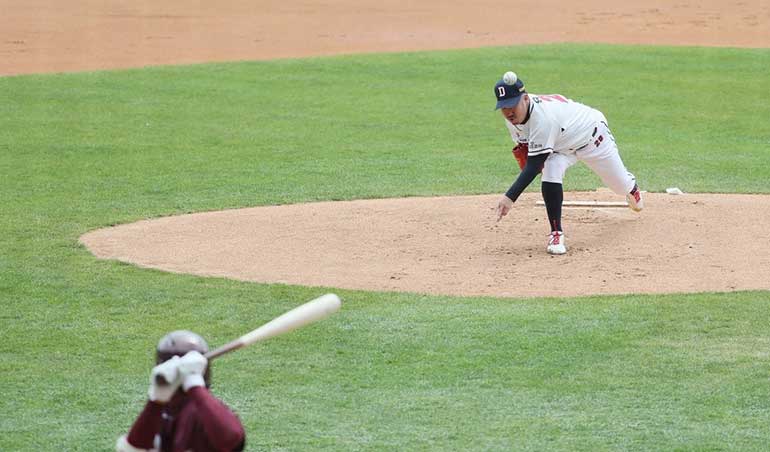 Doosan Bears left hander Yoo Hee-kwan had a fascinating display of pitching during the KBO preseason game Wednesday. He mixed his 132 kilometers per hour fastballs with a changeup, curveball, and a slider. The curveball went as slow as 86 kilometers per hour.

As a result, Kiwoom Heroes’ players didn’t have a chance to score any runs. According to Doosan Bears betting reports, the team won 5-0 with Yoo giving up just two singles in five innings. He struck out five and walked one.

Yoo threw a total of 67 pitches in five innings. Forty-three of them were strikes. Fans might think that professional sluggers can hit Yoo’s slow pitches. However, he remained as one of the most consistent starters in the KBO in the last decade.

Based on online sportsbooks reports, Yoo had an 11-8 season last year. He had an ERA of 3.25 with two complete games in 28 games as the starting pitcher. Also, he ranked last among qualified starting pitchers with an average fastball speed of 129.1 kilometers per hour.

According to sports betting experts, Yoo got double-digit wins for seven seasons in a row. Also, he pitched at least 140 innings in all the seasons. Year after year, analysts pondered how a slow pitcher can survive the competitive world of professional baseball. However, Yoo proved that soft pitches could get the job done.

He uses precision to catch hitters off-guard whenever he’s in the mound. In the game against Kiwoom Heroes, he pitched an infield single in the first inning. Also, he gave out a walk along with a flyout and two strikeouts.

He pitched three flyouts in a row in the second inning. In the third inning, he had a strikeout and two pop-outs. He showed his slow curveball in the fourth inning that led to a flyout in the right field.

In the last inning, he gave out his second hit for the game. However, the Heroes failed to capitalize and ended the game scoreless.