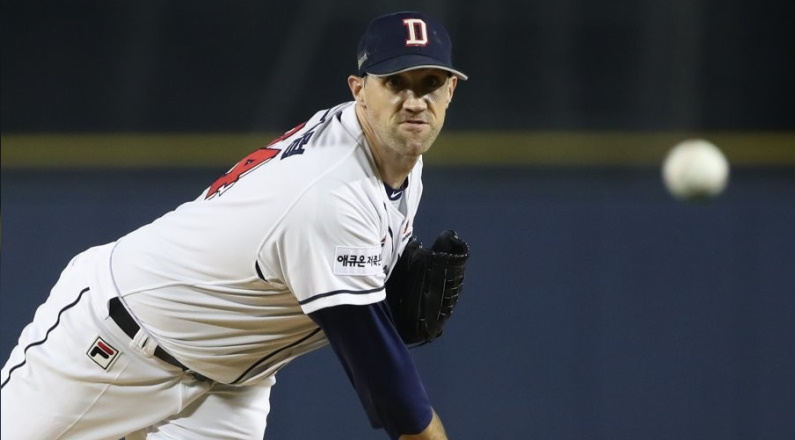 Now that the Korean Baseball Season is over, it’s time to see which individuals are the top KBO players. Thus, on Monday the KBO had a round of voting and American pitcher Josh Lindblom Wins the KBO MVP.

According to baseball betting news, the right-hander pitcher for the Doosan Bears won the MVP award by a landslide. This is because during the media vote, he won with 716 points beating the runner-up, Yan Eui-ji by 346 points. In third place for the KBO MVP was Yang Hyeon-jong making KIA Tigers Betting fans very happy with 295 points. 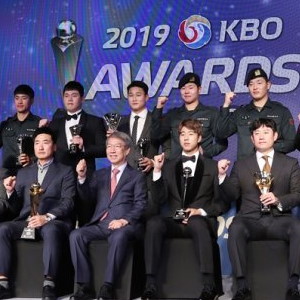 Every year the KBO holds a voting contest and each player earns points for the top five votes.  According to sports betting websites, the first-place vote is worth 9 points.  Thereafter, the second-place voting is worth 4 points and so forth.

According to sports forums, Josh Lindblom took the lead with 79 first-place votes. Furthermore, Yang Eui-ji came in second-place in terms of first-votes with 14. On a side note, Yang the first catcher to win the batting title since 1984. Third place was won by Yang Hyeon-jong with nine first-place votes. In addition, he also beat out Lindblom for the ERA title.

According to KBO Statistics, Lindblom was the only 20-game winner this season. Furthermore, he led the KBO in terms of strikeouts (189) and inning pitched (194/3). However, Lindblom lost the ERA race and only came in second place. This is because he lost that title to Yang Hyeon-jong as he was 0.21 behind him.

Unfortunately, Lindblom was unable to attend the ceremony as he was doing volunteer work in Jordan. However, he did send a video message where he says he is very thankful to everyone, his teammates and interpreters.