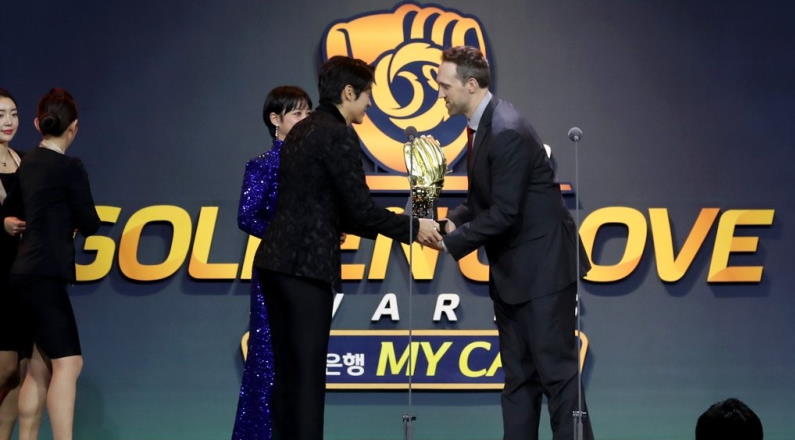 If anything can be said about this past KBO season is that it was the Josh Lindblom baseball season.  This is because on top of winning the KBO MVP Award, he also got another award on Monday.  Thus, the latest baseball news is that Lindblom Wins the Golden Glove Award for the second year in a row.

According to sports betting odds websites, Lindblom won the Golden Glove Award in with 268 votes out of 374.  Furthermore, the votes came from various sports writers, broadcasters and commentators. For the American Ace Pitcher, this was another tremendous milestone in his career.

Lindblom Wins the Golden Glove Award with an Amazing Record 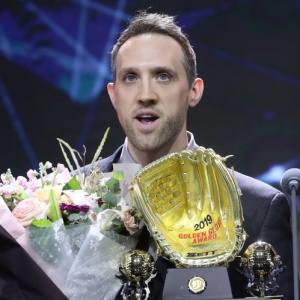 Even though Lindblom did not have the best record in all categories, he certainly stood out amongst the rest.  This is because he was the only KBO pitcher with only 20 games. However, despite only pitching in 20 games, he led the league in strikeouts and inning pitched.  According to his statistics, he got 180 strikeouts with 194 2/3 innings pitched.

Furthermore, his ERA for the season was 2.50 giving him a second-place finish.  This is because Yang Hyeong-jong beat him in that category by 0.21. Of course, in order to win the KBO Golden Glove Award, Lindblom had to do well in other areas.

Amongst the other categories, Lindblom took the lead in walks and hits per inning pitched with 1.0.  This is in addition to strikeouts per nine innings with 8.74, fewest walks per nine inning (1.34).  This also includes strikeout-to-walk ration (6.52 and lowest opponents on base with 0.577.

Now that the KBO Season is over, Lindblom is now a free agent.  His overall career with the KBO includes an amazing record playing with his last 2 years playing for the Doosan Bears.  According to sports forums, he already has several baseball teams that have shown interest him.

Unfortunately for sports betting fans of Lindblom in Korea, he says that he will probably leave the KBO.

Bet on Sports with VOBET, the #1 Sportsbook in the World!