Kang Jung-ho Abandons Coming back to the KBO

Earlier this month, the news was about ex-MLB third baseman, Kang Jung-ho coming back to South Korea.  According to baseball betting news agencies, his plan was to once again play in the KBO. However, because of a lot of criticism about him, Kang Jung-ho Abandons Coming back to the KBO. 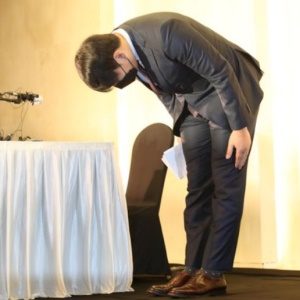 Last August, Kang became a free agent after the Pittsburgh Pirates chose to release him.  Therefore, his plan was to come back to South Korea and return to the Kiwoom Heroes. However, when had left Korea, it was after three drunk driving incidents which led to his suspension in the KBO.

In hope to regain the trust of the people, he held a press conference last Tuesday in Seoul. The purpose of the conference was to apologize about these incidents. However, due to the timing of the apologies many had doubts about the sincerity of the apology.  This is because most believe that the apology should have been made three years ago after his drunk driving incidents.

The Kiwoom Heroes retain the right to Kang playing in the KBO.  However, even if they chose to accept him back, he would still have to serve a one-year suspension.  This is because according to sports betting odds websites, it was given to him by the KBO last month.

While his career in the KBO is over, Kang still has the options to play overseas.  That is if he can find a team to bid for him.

Bet on Baseball with VOBET, the best sportsbook in the gambling industry