KBO Fans are Back 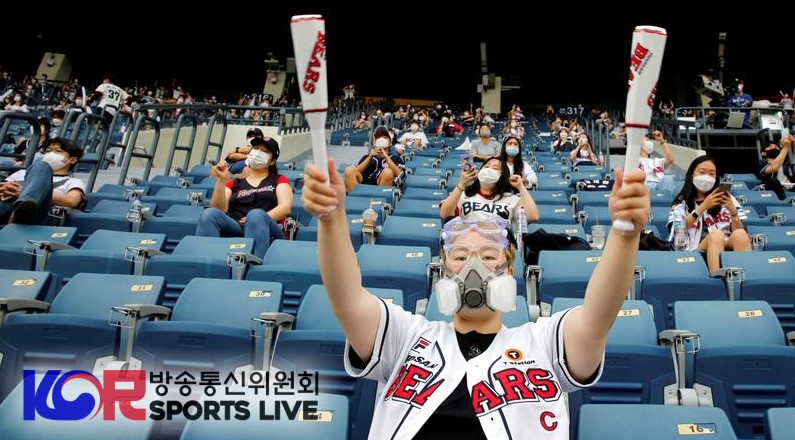 After almost three months of playing without fans, South Korean stadiums are once again letting fans enter. Thus, KBO Fans are Back to watch their favorite baseball team in person while the pandemic is still going on. According to the latest baseball betting news, last Sunday, 3 of 5 stadiums chose to open their gates.

The first stadium to open their doors to fans was the Jamsil Baseball Stadium in Seoul. Thus, some fans were in attendance for the Doosan Bears and LG Twins matchup. Furthermore, Kiwoom Heroes Betting Fans also got to see their team play against the Lotte Giants at the Gocheok Sky Dome. Last, KT Wiz fans got to see their team defeat the NC Dinos, 5-4 at the KT Wiz Park.

KBO Fans are Back with the Permission of the Government

Last Friday, the Korean government made an announcement that it would allow sports teams to let fans enter stadiums. Thus, this came as great news for sports betting fans who love to see the action up-close.  This is because they schedule was to let fans attend back in June. However, due to the increase of case in June, they had to wait longer.

However, the government made several restrictions for ballparks to allow fans back inside.  According to baseball forums,  stadiums can only have 10% attendance capacity. Therefore, no baseball stadiums could have more than 2,500 fans in attendance. Unfortunately, these numbers are smaller than what the league was hoping for.  This is because they thought the limit would be at least 30%.

The Jamsil Baseball Stadium in Seoul, they sold 2,424 tickets while the Gocheok Sky Dome sold all their tickets. Furthermore, 1,800 KT Wiz and NC Dinos fans saw their teams play in person at the KT Wiz Park.

Of course, fans in attendance had to adhere to strict health and safety protocols. Some of the protocols are wearing a mask at all time and got through a temperature check when entering. In addition, they had to provide personal contact information and purchase their tickets in advance.

Furthermore, fans had to sit apart from each other and could not eat or drink in their seats. In addition, fans could not chant or sing loudly.  According to some, this was probably the hardest rule for them to follow!

Bet on Baseball Today with VOBET, the Best Sportsbook in the World!