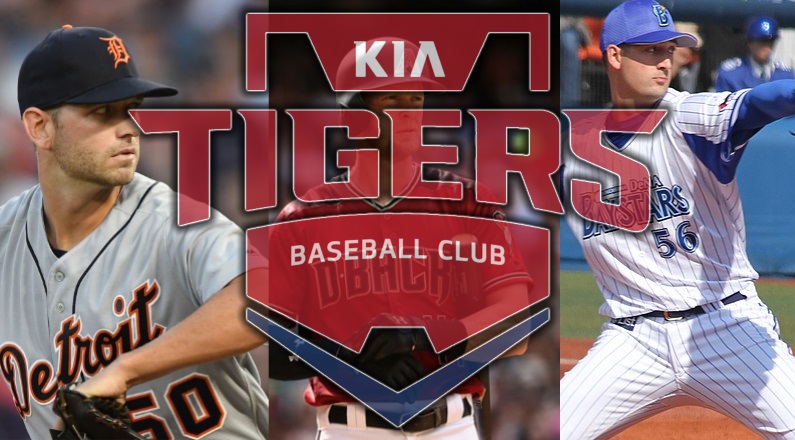 After a disappointing KBO season, the KIA tigers are cleaning house starting by replacing three of their foreign players. According to the latest baseball news, they are not the only teams to import new blood for this season.  Thus, the Kia Tigers made several changes to their roster which includes the Kia Tigers signing three new Foreign Players.

These new players include Jeremy Hazelbaker, pitchers Jacob Turner and Joe Wieland.  They will be replacing Pat Dean, Roger Bernadina and Hector Noesi. After letting go of Dean and Bernadina back in November, the Tigers thought they could keep Hector Noesi.  However, due to tax concerns, they had to drop him from their roster in December of that year.

After letting go of Pat Dean and Roger Bernadina back in November of last year, the Tigers thought they could keep Hector Noesi.  However, because of the tax increase for foreign players, Noesi  would have had to pay at least $902,000 in taxes.  Thus, he chose not to continue with the Kia Tigers and now plays for the Miami Marlins.

Looking for New Opportunities in the Korean Baseball Organization 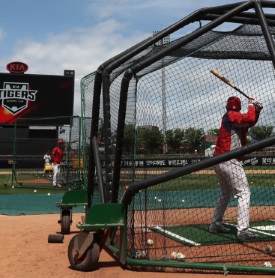 The new foreign players for the Kia Tigers are all very eager to start playing with their new team. Hazelbaker will be replacing Bernadina with a .320 record and 20 homers, 111 RBIs and 32 steals. He said that “I feel like whatever the organization wants. I am ready for it”. Furthermore, he said that “it’s my goal to help this team out”.

On the other hand, Turner and Wieland will be replacing Noesi and Pat dean as pitchers.  If anyone was to name a weakness for the Kia Tigers it would be their pitchers.  Thus, they are hoping that these new pitchers will be their answer to winning a championship.

According to Pay Per Head sports betting software, Turner has been in 102 MLB games and made 5 appearances in 2018.  He says that this is a “good opportunity for me to continue to get better as a player”.

Wieland on the other hand is an interesting choice.  This is because he spent his last two years with the Yokohama DeNA BayStarts in the NPB. He has a 14-11 record with a 3.80 ERA in 37 starts and 225 innings.

Sports betting fans are eager for the next season to start so they can bet on the Kia Tigers.  They believe this new roster will bring many new changes to the baseball odds that will be in their favor.

Bet on the KBO with VOBET the #1 sportsbook in the South Korea and get a 10% Welcome Bonus!