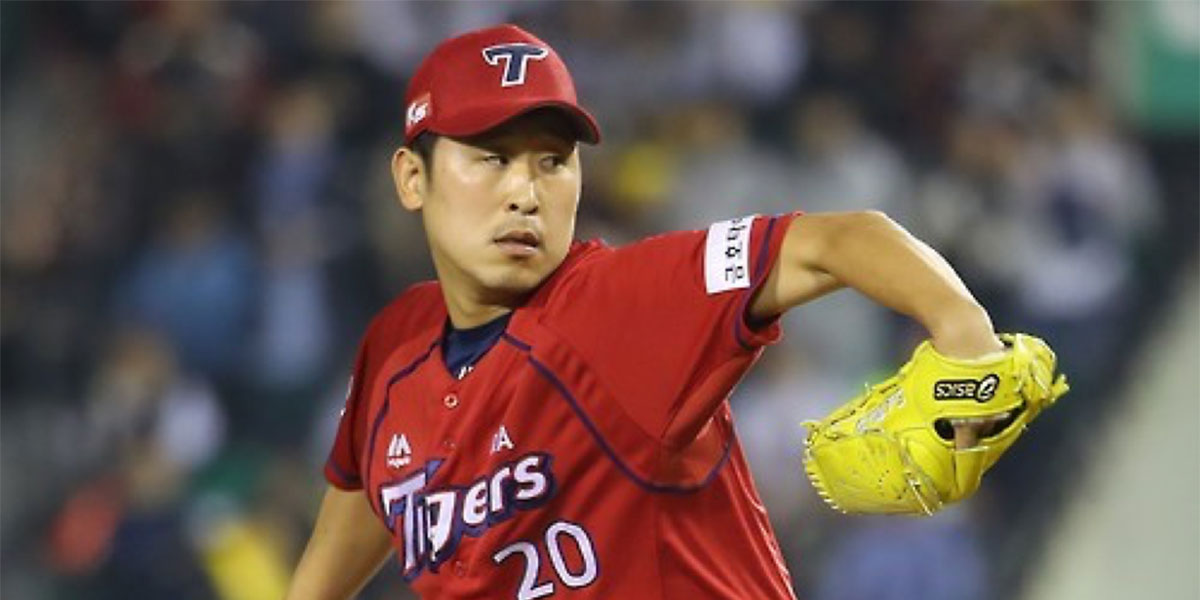 Yoon Suk-min, a former MVP-winning pitcher for the Kia Tigers, looked solid on Tuesday in his first official appearance for his Korea Baseball Organization (KBO) club in more than a year.

Yoon, the 2011 regular season MVP, started the Tigers’ Futures League game with the KT Wiz affiliate in Hampyeong, some 380 kilometers south of Seoul.  The Futures League is the KBO’s minor circuit.

Yoon held his opponent to an earned run on two hits over 5 2/3 innings, while striking out six. He made 72 pitches, 52 of them for strikes.

Before the game, the Tigers’ Futures League manager Park Heung-sik said he was hoping Yoon would throw around 80 pitches over five innings.

Yoon Suk-min and the Tigers’ future

He served as the Tigers’ closer in that first season back in the KBO and recorded 30 saves, along with a 2.96 ERA.  But a shoulder injury early in 2016 derailed his career, and he was a forgotten man in 2017 as the Tigers roared to their first Korean Series championship in eight years.

The Tigers could use any pitching reinforcement they can get.  They are tied for fourth place in the 10-team league at 19-20 and have only the seventh-best ERA with 5.00.

They also have the second-fewest strikeouts with 277 in 342 innings. In fact, they are one of the favorites of those who always bet on sports because of their numbers.