KT Wiz Wants to Stay on Top of KBO Standings 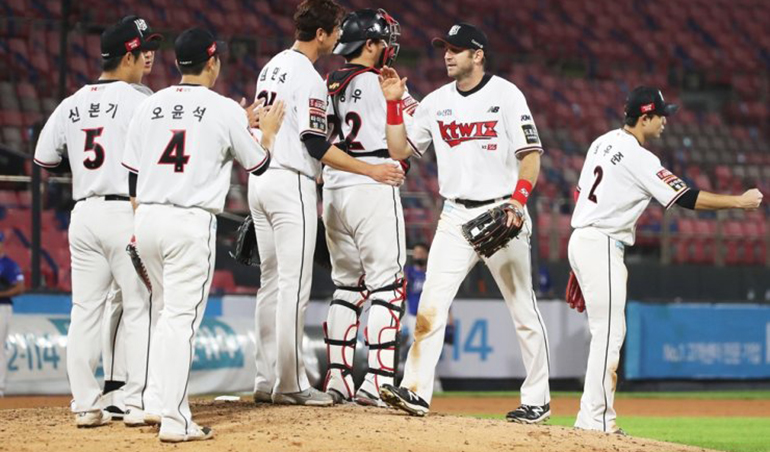 Last week, KT Wiz went 4-2. It won against Samsung Lions last Sunday after the team allowed two runs in the first frame. However, they came back in the fifth inning. According to KT Wiz betting fans, the team had twelve hits, with each member of the starting roster getting at least a single hit.

At present, KT Wiz has a 55-36-1 standing. Also, it leads the LG Twins by two and a half games. According to people who bet on sports, the team hasn’t suffered straight losses in fourteen games.

The streak was safe for the next couple of games as KT Wiz faced the last-placed Hanwha Eagles last Tuesday. Although the Eagles won Game 1, KT Wiz won Game 2. Their next two-game series will be against Kiwoom Heroes on Thursday and Friday. Lastly, they’ll face LG Twins for a two-day series during the weekend.

According to fans who bet on baseball, KBO teams play two-game series instead of three-game sets as the season nears its end. In addition, six teams will play doubleheaders every Wednesday due to COVID-19 cancellations and rainouts.