After a successful debut season in the Korea Baseball Organization, Mexican Roberto Ramos re-signs with LG Twins for another year. LG Twins betting sources learned that Ramos’ contract is worth $1 million.

Ramos proved he was worthy of a higher contract by setting the LG Twins franchise record for most homers in a season with 38. He did it despite playing only 117 games out of 144 games due to injuries. 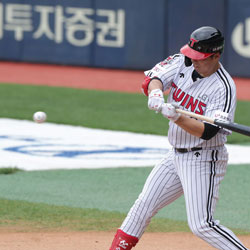 Ramos was second in the KBO in total home runs. Also, he had 86 runs and scored 74 runs. According to sports betting odds, the left-handed slugger had .278/.362/.592. He also placed seventh in the KBO with a .954 on-base plus slugging percentage.

Lee Byung-kyu previously held the Twins’ record for most home runs in a season with 30. He achieved it in 1999.

People who are betting on sports in Korea know that KBO teams can sign three foreign players. However, they can only have two foreign pitchers. The Twins signed pitcher Casey Kelly last December 11 for $1.4 million, Which means they are looking for another pitcher after Tyler Wilson left after playing for three years.

If Ramos manages to reduce his 27.5 percent strikeout rate, then MLB teams might notice him. Playing in the KBO and other foreign leagues have become popular among minor league players in recent years.

MLB team are willing to offer multi-year contracts for breakout players in the KBO or the Nippon Professional Baseball in Japan. Deals include bonuses and allows them to become free agents at the end of the contract. In two years, Ramos earned $1.5 million, which is more than what he could make in Triple-A.