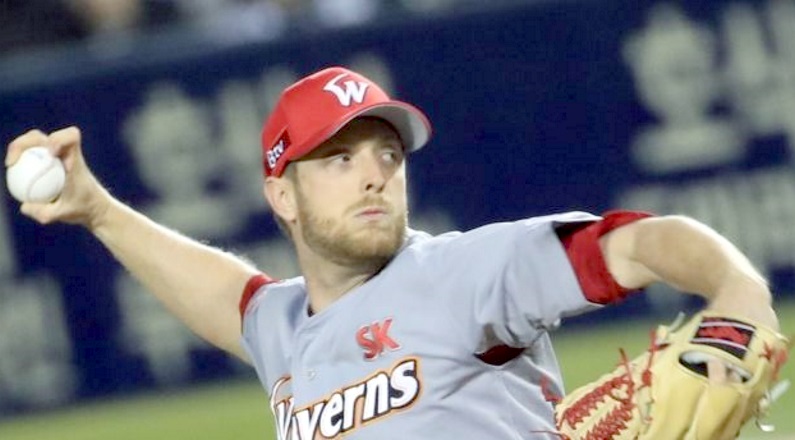 Last place KBO team, Lotte Giants sign Brock Dykxhoorn as their new starting pitcher.  Thus, fans who like to bet on the Lotte Giants will no longer see Jake Thompson at the mound. This is because the Canadian right-hander did not perform to their expectation and is now on waiver.

According to the announcement by the Lotte Giants, they are hoping Dykxhoorn will change their losing streak. This is because they are currently the last place team in the KBO with a 23-42 record.  Thus, they are currently 12 games out of the final playoff spot.  Baseball betting pick experts believe they are too far behind to make the playoffs.  However, signing Dykxhoorn may take them out of the last place position.

Needless to say, the Lotte Giants are in trouble which is why they are taking measure to improve their roster. Adding Brock Dykxhoorn is a risky move as he was recently cut from the SK Wyverns last week.  However, he does have a better record than Thompson with a 3-2 record in 12 games with a 3.56 ERA this season.

Thompson on the other hand went 2-3 with a 4.74 ERA in 11 games.  Furthermore, he became part of the inactive roster last week due to a right arm injury.

According to the press release, the Giants will pay the rest of Dykxhoorn’s salary of $60,000.

The Lotte Giants may also do some more house cleaning this season.  Thus, they are thinking about dropping Carlos Asuaje who is batting at .252 with 2 home runs and 21 RBI.

Bet on baseball with VOBET, the best sports betting website in the world!