The 2020 KBO Series playoffs are over and now it is time for the main event! Therefore, tomorrow is game one of the KBO Series finals with the Doosan Bears taking on the NC Dinos. Since Baseball Betting fans are eagerly waiting to this matchup, we give you our 2020 KBO Series Betting Update 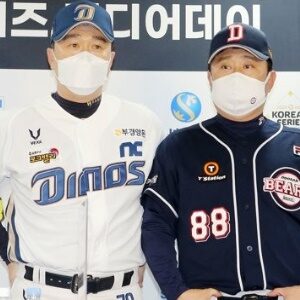 According to the latest sports news, both teams will be playing Tuesday at the Gocheok Sky Dome in Seoul. The NC Dinos made their way to the finals by winning the regular season championship. However, the Dooosan Bears had a tougher time this year making it to the KBO Series finals.  This is because the defending champions had to make it there the hard way.

Even though this is the sixth time they made it to the Korean series, this year they were only in third place.  Thus, they had to win two rounds in the KBO Playoffs to reach the finals.

According, sports betting odds websites, the match will not take place at the Changwon NC Park.  This is a disappointment to the NC Dinos manager, Lee Dong-wook.  However, he said that the “best the Dinos can do is take the championship trophy home”.

In addition, he predicts that the 2020 KBO Series will be 7 games long. For the NC Dinos, winning is a matter of honor since they lost the 2016 series against Doosan.  Thus, they want pay back because the Bears won in 4 straight games during that series.

However, the Doosan Bears will not be an easy opponent. According to Doosan Bears manager, Kim Tae-hyoung, this team is better than it was 4 years ago. For his part, he believes that this year the series will only be 6 games long.

Bet on the KBO with VOBET, the best sports betting website in the world!