NC Dinos and SSG Landers are the last two teams with a foreign player spot. Also, both teams can sign a second foreign pitcher.

This month has been incredibly hectic in the Korean Baseball Organization. Teams have been securing the new international rosters for the upcoming 2023 KBO season. Additionally, there will be 15 returnees to the KBO next season, with 13 newcomers and two spots remaining to be filled as per sports betting odds experts,

In the Korean Baseball Organization, each team may only sign a maximum of three foreign players every season. Also, one of those must be a position player. Therefore, teams often add two pitchers and one position player. 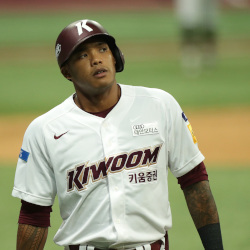 Five veterans and five newcomers make up the full complement of ten position players. After spending the first part of 2020 with the club and the subsequent two seasons in Mexico, infielder Addison Russell has returned to the Kiwoom Heroes on a $700,000 deal. Russell batted.254 with 31 RBIs and two home runs in 65 games that year.

According to online sports betting reports, the KT Wiz re-signed outfielder Anthony Alford for $1.1 million. In comparison, the Samsung Lions kept Jose Pirela for $1.7 million, the Kia Tigers brought back Socrates Brito for $1.1 million, and the Lotte Giants re-signed Zach Reks for $1.3 million.

With the signings of former Texas Rangers Jason Martin and former Los Angeles Angels Jose Rojas, the NC Dinos and the Doosan Bears have reached the $1 million foreign rookie pay maximum for the next season. They joined the Landers, which signed a maximum contract with its foreign player.