Much to the surprise of the basketball community worldwide, the Korean Basketball League (KBL), imposed a height ban on players in the 2018-2019 season. Those who are into basketball betting probably had their feathers ruffled, since the teams had to make major adjustments to deal with the loss of players from the teams. 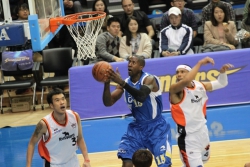 The goal of the height ban had good intentions. The KBL mostly just wants a more equal playing field with the players. This rule is to apply to all players – local or imports. In the 2018-2019 season, the rules state that all of the teams in the KBL may have 2 foreign players in their roster. Provided that one player is not taller than 200 cm, while the other should not be taller than 186 cm. The very specific rules and limits for this gained international attention, but was received negatively be everyone.

And for those who bet on Anyang KGC, they were sad to see David Simon leave the team simply because he missed the limit by 1 cm. Simon is 201 cm tall. The disappointment was palpable, and evidenced by the drop in attendance in many of the league’s games.

The change in the rules came after the meeting of the Board of Directors of the KBL last Tuesday. The removal of the height restriction is one of the new rules. However, the league will retain the 2-foreign player per team limit.

The league will also be removing another limit imposed on foreign players. There will no longer be a career limit that will prevent players who have played in more than 10 games in three seasons in the NBA from joining the KBL.

All of these rules will begin implementation on the next season. Sadly, this is because this current KBL season is coming to an end soon.