Seoul SK Knights achieved 7 straight wins when it won against Suwon KT. Also, they want to maintain their solo lead in the Korea Basketball League standings. At present, Suwon KT Sonicboom is in second place.

According to Seoul SK Knights betting reports, the team won against KT 85-82 in an away game held at the KT Arena. The Knights now have a 25-8 record this season. On the other hand, KT has a 23-10 standing. SK Knights’ win increased the gap between first and second-placed teams to two games.

According to basketball betting experts, SK leads the head-to-head match against KT 3-1. SK took the early lead and finished the first quarter up by three points. Also, they started the second quarter with a fast-paced offense. 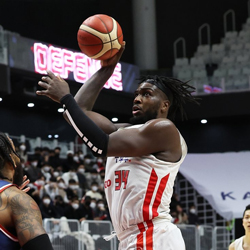 SK Knights outrebounded their opponents and, at the same time, kept them scoreless in the first four minutes of the second quarter. After that, however, KT regained their composure and counterattacked with Heo Hoon taking charge.

According to a basketball forum, KT scored its first points after more than five minutes in the second quarter. After that, Heo Hoon scored 14 points in the quarter alone. As a result, KT closed the gap to 36-39, ending the first half.

However, KT took the lead back 82-81 due to Heo Hoon’s three-point play. Warney scored four straight points to get back the lead and increase it 85-82, which was the final score.

Bet on KBL games with VOBET, the best sportsbook in the world!