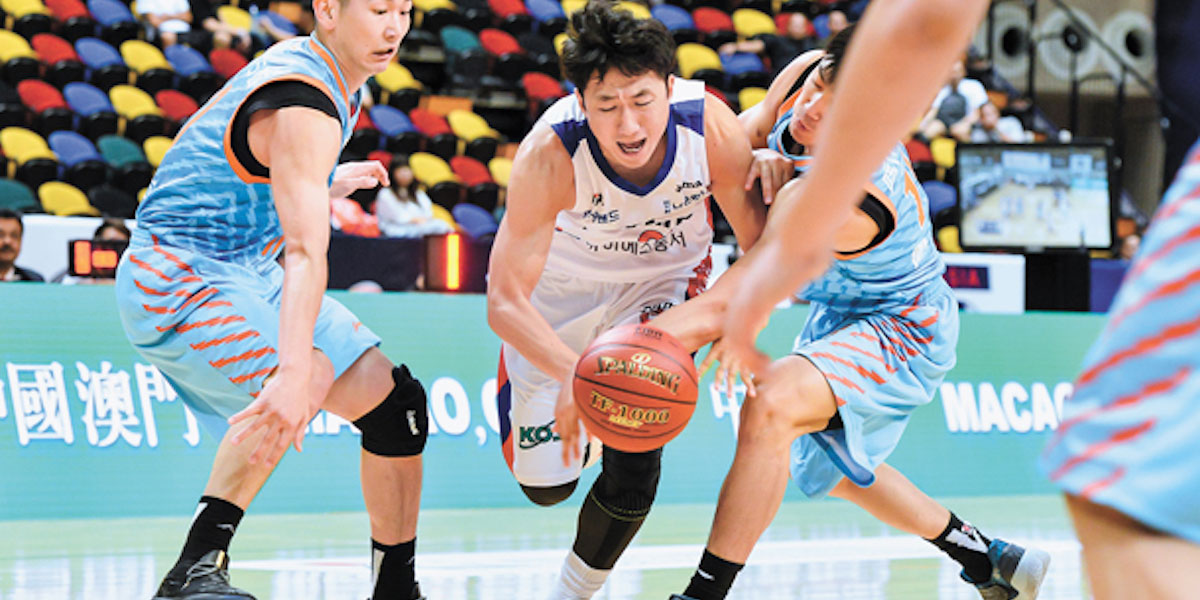 Incheon ET-Land Elephants guard Jung Young-sam showed serious leadership in his basketball team. His leadership skills shined during his team’s victory over China’s Xinjiang Flying Tigers. The final score was 81-67. It was the first group A match of the Summer Super Eight basketball tournament in Macau on July 17.
The Summer Super Eight tournament featured eight teams from five Asian countries. This includes China’s Guangzhou Long-Lions and Japan’s Rizing Zephyr Fukuoka. The Elephants were missing key players such as Park Chan-hee and Gang Sang-jae. Currently, both are with the national team. Meanwhile, an injury took out Cha Ba-wee. Despite this, Korean team won convincingly on the back of Jung’s 17-point, eight-rebound performance.

Jung Young-sam and his career improvement

Since he debuted in 2007, Jung has been a one-club man. Of course, except for his military service, when he played for the military’s basketball team. Over his career, the Elephants star averaged 25 minutes and 56 seconds of playing time and 9.14 points per game. Over the last eight seasons, they made it to the KBL playoffs seven times. The Elephants were the third seed in the fourth round of the playoffs. Also, they were sixth seed in the sixth round of the playoffs. Despite their success, the team has yet to make it to the KBL finals.
“Although our team makes it into the playoffs consistently, we have not given our fans the joy of winning a semifinal and making the finals,” Jung said. “In 2011, we had great players like Moon Tae-jong and Seo Jang-hoon, but we lost in the semifinals.”
In his third professional season, Jung tore a ligament in his left shoulder. He had to travel to Philadelphia for surgery at a specialized hospital. Jung said that the surgeon told him he would have to retire if he was a baseball player. Fortunately for the Elephants, the surgery went well. Although Jung still has five pins from the surgery in his shoulder.