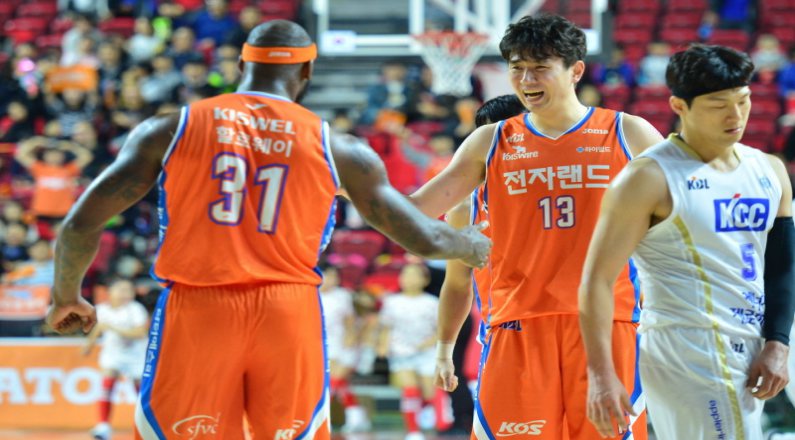 The Korean Basketball League, or the KBL, has started its 2018-2019 season, and those who are into sports betting should start paying attention to their favorite KBL teams. These are the first few games in the season, and first up is the Incheon Electroland Elephants news. The ET Land Elephants beat the SK Knights in Incheon by 101-66. The team had a great offense, with 21 assists given by the players. The also scored 62 point in the paint, and had 41 rebounds. Meanwhile, the SK Knights only had 36 in the paint, and only 29 rebounds.

Korean Basketball League is on fire

The game between the Knights and the Elephants showed how well the teams are performing so early on in the season. The results of the game was predictably favoring the Elephants. The guaranteed win allowed both teams to rotate their lineup and allow bench players court time and gain exposure.

As for the other games in the KBL, DB Promy lost to the Samsung Thunders 71-86. These teams also had bench player playing the game, so the starting five players won’t be seen until later on. Surprisingly, the Anyang KGC also lost this week to the Goyang Orions. The Orions enjoyed a great night of shooting and offense with 21 assists. Darryl Monroe, an American power forward did well, as he recorded a double-double with 28 points and 17 rebounds.

The SK Knights did get to catch up in the rankings later on by beating the DB Promy 83-80 last Sunday. This was a very close game, and was also risky since the players were rotated quite frequently. The KCC Egis won at home and beat the LG Sakers 85-79. Another American import, Brandon Drown, recorded a double-double, scoring 31 points and 17 rebounds.