KBL Suspends Its Season because of the Coronavirus

The Coronavirus is becoming worst around the world and the death toll from the virus is now above 3,000 people. Furthermore, several sports leagues in Asia have chosen to delay their season because of it.  Just last week, the K-League made an announcement to temporarily suspend their season.  Now, more leagues are following suit as the KBL Suspends Its Season because of the Coronavirus.

According to Basketball Chat Rooms, the KBL made their announcement last Saturday.  During the press conference, they said that starting Sunday, they will suspend their regular basketball season indefinitely. However, the three games on Saturday took place as normal.

Impact of the Coronavirus on the KBL 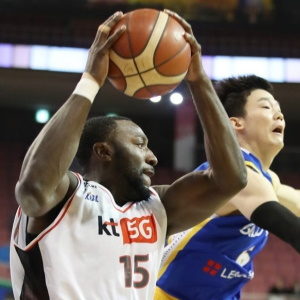 South Korea is currently having problems dealing with the virus because 813 people have been infected along with 22 deaths. This has led to the KBL and other league playing their games under closed doors and away from the public.

However, this latest decision by the KBL is because the teams playing away games are becoming more at risks.  In the latest incident, a guest who was at the same hotel as the KCC Egis tested positive for the virus. None of the Jeonju KCC Egis players made contact with that person. However, the KBL does not want their players to keep taking risks. Hence, the decision and the announcement where the KBL Suspends its Season because of the virus.

Now, they are taking precautions and the Egis players and coaches are currently under quarantine inside their dormitory.

In addition, several foreign players in the KBL have chosen to quit the league because of the Coronavirus.  Last week, Allen Durham, Byron Mullens and Boris Savovic left South Korean after quitting their team. According to Basketball Betting websites, this is a concern for many teams as they fear more foreign players may leave.

Today, the KBL will have an emergency meeting to decide what to do for the rest of the regular basketball season.  In addition, the WKBL will continue with their regular season but may decide to also suspend their season indefinitely.