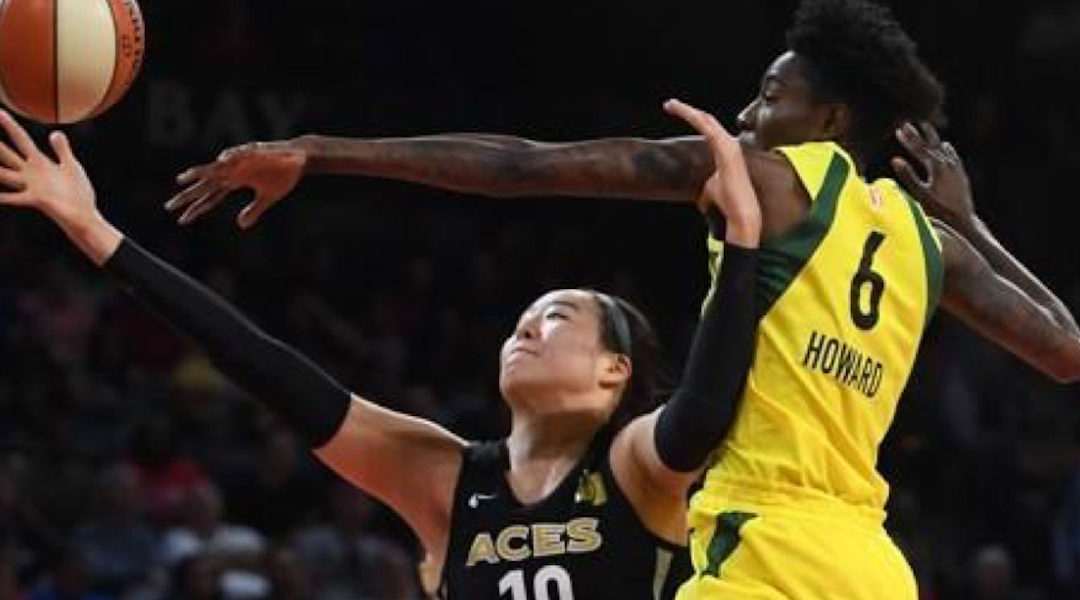 The impending arrival of a big-bodied center for the unified Korean women’s basketball squad offers plenty of hope at the 18th Asian Games. But Park Ji-su joining will also create strategic challenges for the team. Especially one that has already been forced to build chemistry on the fly.

And Park Ji-su, a 196-centimeter center for the Las Vegas Aces in the Women’s National Basketball Association (WNBA), is expected to join Korea in time for the knockout stage. Park’s first WNBA regular season ended recently and the Aces just lost out on the postseason, paving the way for the 19-year-old to travel to Indonesia.

Park Ji-su and How Her Height Can Change Things

Park, who averaged 2.8 points and 3.3 rebounds over 32 games, will immediately become Korea’s tallest player here. She will also be the top low-post threat for a team that ranks just sixth among 10 teams in rebounding.

In Park’s absence, Korea has been playing with eight South Koreans and three North Koreans. At an average height of 174 centimeters, Korea is the second shortest team in Group X. They are only 1 cm taller than Indonesia and India. Ro Suk-yong, a North Korean center listed at 182 cm, has been the regular center. She has going up against opponents over 190 cm at times.