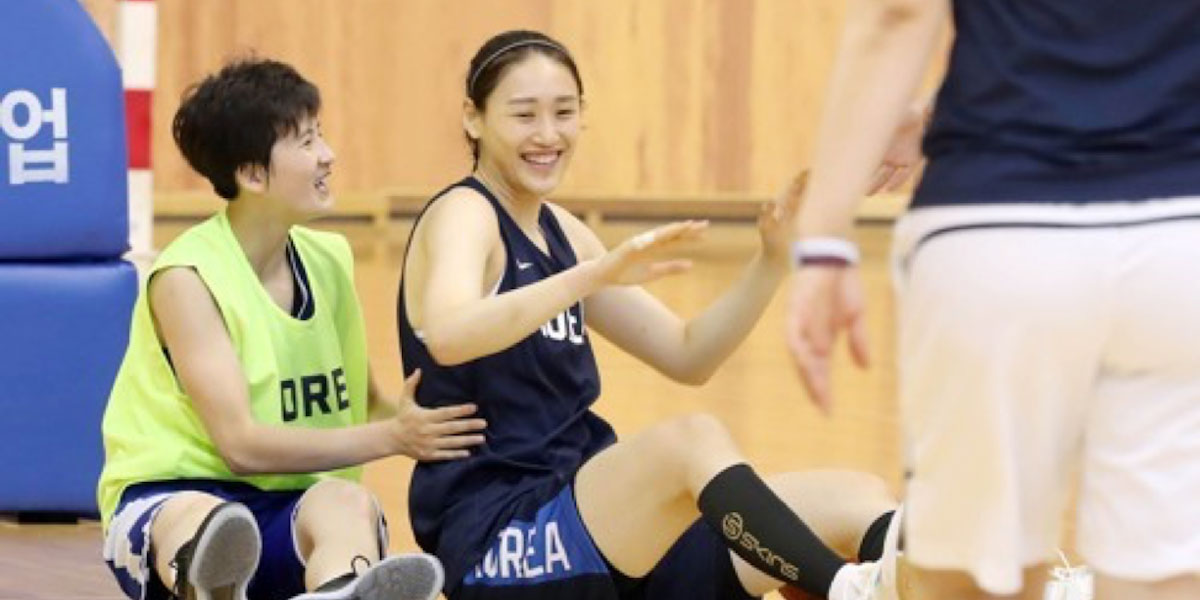 Less than a month after they held friendly games. That was a great bonus for Korea basketball sports betting enthusiasts. Now, the women’s basketball players from South and North Korea are here for the Asian Games. Specifically, they will play together as a team!
There will be nine South Koreans and three North Koreans in the team. They will be competing on the unified team on Aug. 18-Sept. 2. This will be for the Asian Games in Jakarta and Palembang, Indonesia. They started their joint training Wednesday at the Jincheon National Training Center. The training center in Jincheon is 90 kilometers south of Seoul. Also, they opened their practice to pool reporters at the same venue Thursday.
Three North Korean players – center Ro Suk-yong, guard Jang Mi-gyong and guard Kim Hye-yon arrived Sunday. Plus, their assistant coach Jong Song-sim arrived in South Korea on Sunday. The South Koreans returned from an international tournament in Taiwan on Monday. Then they resumed training two days later.

Players from the North and South

The Korean players are already familiar with one another. They met during friendly matches in Pyongyang on July 4 and 5.
The Korea Basketball Association (KBA) announced its 12-player roster on Wednesday. But the status of South Korean center Park Ji-su, remains uncertain. She is currently in her first season with the Las Vegas Aces in the WNBA.
South Korea is the defending Asian Games champion. In this year’s Asian Games, the groupings are as follows. The unified Korean team is with Taiwan, Indonesia, Kazakhstan, and India in Group X. The top four teams out of that group will reach the quarterfinals. They will then join the top four from Group Y, where China, Japan, Thailand, Hong Kong and Mongolia will play.
Korea’s first match will be against Indonesia on Aug. 15. Seeing players from the North and the South seems like a dream. Truly, it would be something to watch out for.