The LA Lakers is leading the NBA finals series 3-1. That is also why their next game is anticipated, as it will make or break its championship. However, the odds were not in their favor, with LA Lakers’ heartbreaking loss to Miami Heat on Game 5.

Jimmy Butler delivered a 35-point triple-double to lead the Heat to a 111-108 win. He was then at a point of exhaustion going against another giant, LeBron James. As a result, Miami Heat keeps its season alive and heads towards Game 6 full of confidence.

A Heartbreaking Loss to Miami Heat

The National Basketball Association’s Finals 2020 is anticipated after the league’s hiatus due to the global pandemic. Therefore, the sports news coverage of the matches is the talk of the town.

The latest match on the NBA Finals series and the Los Angeles Lakers’ dominating team is exciting. However, with Game 5’s turn of event, it is truly a heartbreaking loss to Miami Heat as the LA Laker’s championship delays.

Game 5 Key Player for the Heat 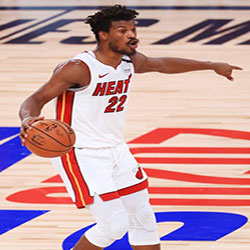 Jimmy Butler is a crucial player to the win of the Miami Heat last October 9. He worked his way into the final score of 111-108 with a triple-double score. Butler also makes history to record at least 35 points, ten rebounds, ten assists, and five steals in an NBA Finals game.

Butler then shot a perfect 12 of 12 from the free-throw line, including four free throws in the final minute to give the Heat the lead twice. He is currently shooting 92% through the first five games of The Finals.