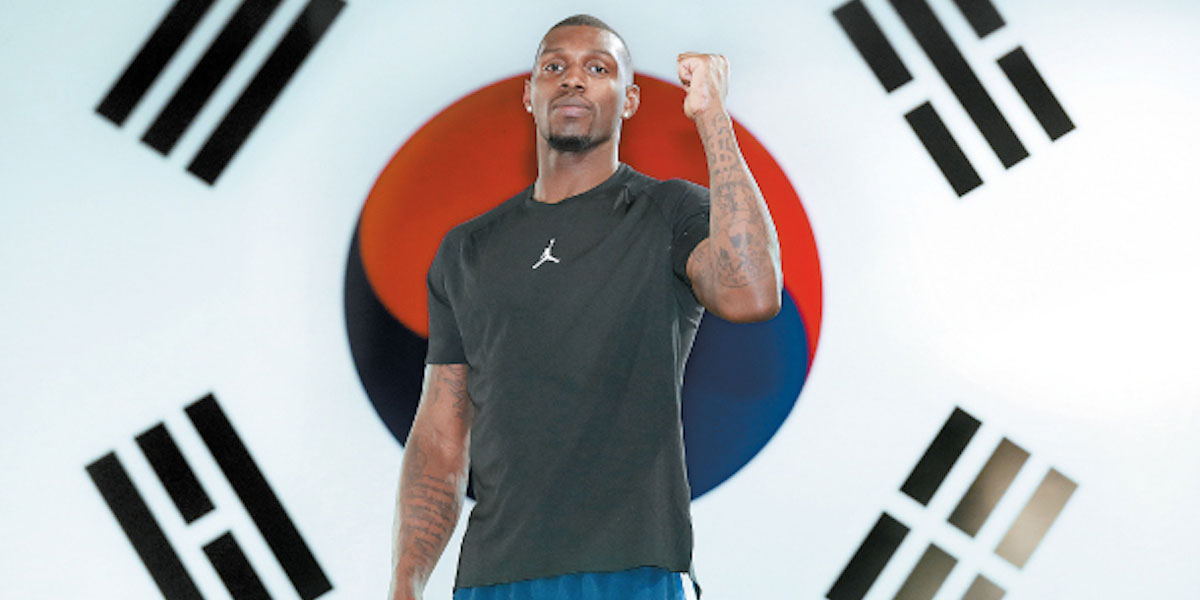 Ricardo Ratliffe, is the center for South Korea’s national basketball team. And he has had a memorable year to say the least. This April and May, Ratliffe played in a North-South friendly match in Pyongyang. He played in front of thousands of North Koreans. At first, the crowd was wondering about his different complexion as his dark skin stood out in a sea of paler faces. But after the center drove to the basket and dunked, the mood quickly changed.
Chants of “Ra Gun-ah!” his Korean name (pending official approval), filled the North Korean stadium. Ratliffe said that he never thought that he would play a basketball game in North Korea.
There are a total of 779 South Korean athletes competing in the Asian Games. But Ratliffe and women’s table tennis player Jeon Ji-hee are the only naturalized athletes. In Korean basketball, brothers Moon Tae-jong and Moon Tae-young are other naturalized athletes. In most cases, naturalized athletes usually have at least one Korean parent. Ratliffe is the only naturalized basketball player without any family connection to Korea.

Though born and raised in the United States, Ratliffe calls Korea his second home. For the past six years, he has only spent two months in the United States each year. His daughter Rhea was born in Suwon, Gyeonggi, in 2015. Last January, Ratliffe revealed his intention to naturalize. This was after telling the press that he wanted a Korean passport.
This is good news for the Korean Basketball League and the Korean Basketball Association. Japan, the Philippines, Qatar and many other countries have used naturalization before to bolster their national sides. In fact, it is a very common way of getting players to stay playing for a particular team. Especially when there are limits to citizenships within teams and leagues.