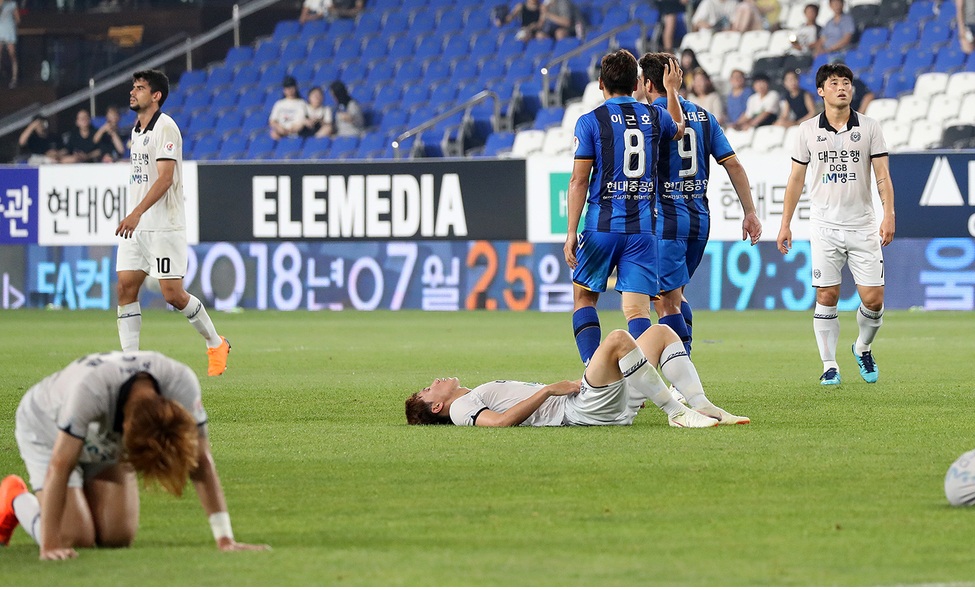 Daegu FC was enjoying its prime time in the season after winning four consecutive games against competitive teams, when they were surprised with a sudden defeat. Their ascension to the top has reached a halt as the team lost its lead after losing to Ulsan Hyundai on the 18th.

Daegu dropped to 0-2 in the first round of the KEB Hana Bank K-League Round 1 at Daegu Stadium. The team lost all three matches against Ulsan this year. Daegu attempted a shot against Ulsan in the first half of the game but eventually failed. 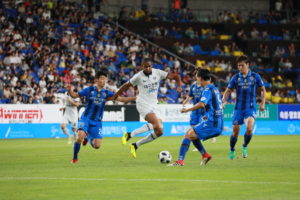 Ulsan Hyundai’s Park Yong-woo scored in the 35th minute of the second half of the game. Junior then  scored in the 45th minute to seal in the team’s victory. On the other hand, Daegu also attempted to earn points for the team.

Within the 17th minute, Jung Seung-won crossed the right-hand side and crossed low to the other side of the stadium. Meanwhile José headed the cross from Kim Dae-won, who caught the ball, but headed outside the goal.

In the 18th minute Kim Dae-won tried to make a long-range shot near the penalty box but it did not lead to a goal. Daegu allowed for the opening goal but it was not enough to get past Ulsan’s defense. As of writing Daegu is in 10th place in the standing. Thus far, the team has had 6 wins, 5 draws and 13 losses and 23 points.

Winning the next games will be crucial for the team to get back  to their ascent in the rankings. For football betting fans, checking the odds will be crucial especially after the recent loss. Daegu will play against Jeonbuk Hyundai in the 25th round of the matches. The next game will be held at Jeonju World Cup Stadium.