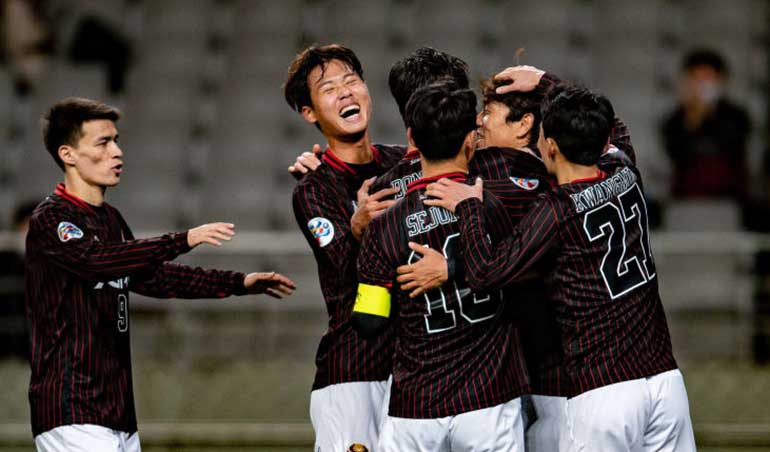 It is a difficult time for South Korean football teams. The K-League announced the delay at the start of the season due to the coronavirus. In the AFC Champions League, the four South Korean representatives have their fixtures postponed due to the virus as well.

Ulsan Hyundai FC, Jeonbuk Hyundai Motors, Suwon Samsung Bluewings, and FC Seoul are part of the Champions League this year. However, they are having a hard time winning their matches. They only have one win in six games.

According to Suwon Samsung betting reports, the team had to travel a long distance to face the Malaysian side Johor Darul Ta-zim, which it lost 2-1 last Tuesday. The next day, Jeonbuk was down one man in the second half. However, it managed to score a last-second goal to even the score at 2-2 at the final whistle.

However, sports betting odds are not in favor of the teams. FC Seoul’s home game against Chiangrai United was rescheduled after the Thai squad refused to go to South Korea due to the coronavirus outbreak.

Ulsan’s home game became an away game due to the virus. The team’s home game was rescheduled to April 7, but it will depend on the situation in South Korea. Earlier this week, Suwon had to go through Kuala Lumpur to go to Johor, instead of a shorter flight through Singapore. The latter banned entry of flights from South Korea.

As a result, Suwon spent 18 hours on the road instead of eight hours if they traveled through Singapore.