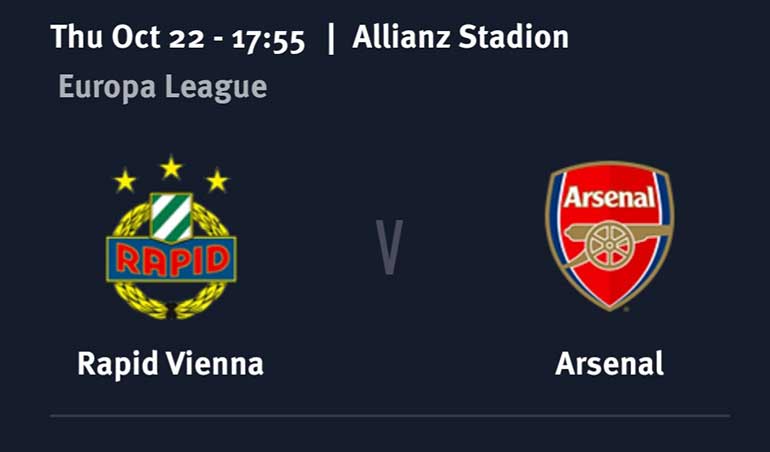 The Europa League returns, and one of the Round 1 matches is Rapid Vienna vs Arsenal. Although Arsenal might be the more popular squad, it has a tough round 1 assignment when it faces the Vienna club.

With matches coming fast, Mikel Arteta might choose to rotate his roster for the game. Thus, it would give an advantage to the hosts. Although Arsenal might be able to field a roster with internationals, the Viennese side might be too much for the Gunners. 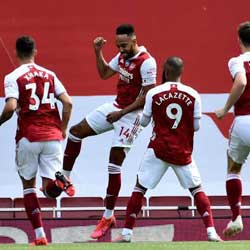 Vienna started its campaign in the Austrian Bundesliga on a positive note. The team won three games and drew one to get second place in the standing. A popular soccer betting prediction is that Vienna will face reigning champions Red Bull Salzburg for the title.

Rapid Vienna is unbeaten in the last four games in all tournaments. They also lost once in the previous nine home games in the Europa League. According to football betting reports, the lone defeat came from Inter Milan.

During the streak, Vienna drew against Villareal and Athletic Bilbao. They also won against Basel, Slovan Bratislava, Spartak Moscow, and Rangers. Arsenal might be the stronger team on paper based on sports betting sources, but Vienna might continue its impressive run in the Europa League.

Both teams are capable of scoring goals. Arsenal scored eight goals in five games. On the other hand, Vienna has ten goals from four matches. Taxiarchis Fountas is leading the team with seven goals across all tournaments. He scored four goals in the league and three in the cup.

Rapid Vienna is the underdog despite being the host for the game. However, they have the momentum on their side and might surprise bookies and fans alike.

Bet on the Europa League with VOBET, the best sportsbook in the world!