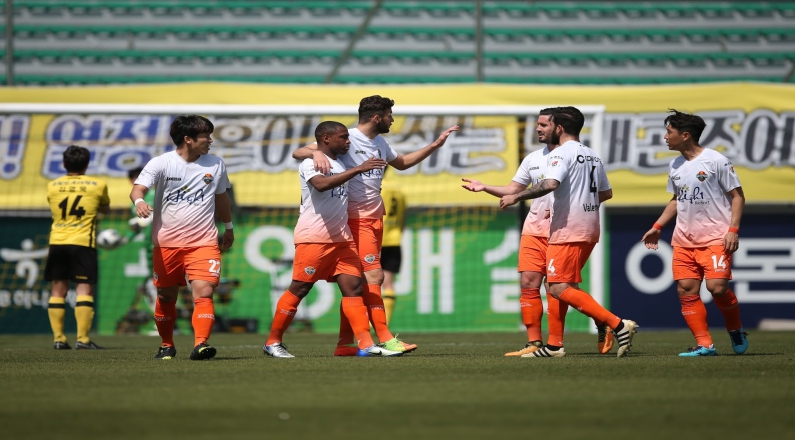 In the latest Gangwon FC news, the club beats the Pohang Steelers 5-4 in the Chuncheon Songam Leports Town in Gangwon last Sunday. This was one of the most exciting matches we have seen in the season. You can check out sports betting pick from experts to find out which matches are good, and what the sports betting odds are.

The 5-4 win from Gangwon FC was a bit unexpected, especially after the first half of the match. The Pohang Steelers have had 2 goals in the first half, plus another two later on in the second half, bringing the Steelers score to 0-4. 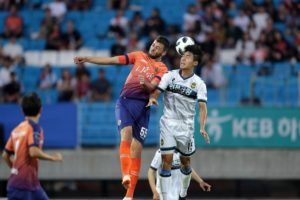 But it was not until the 71st minute that Gangwon FC hit back with a goal from Cho Jae-wan. Followed by Valentinos Sielis, the score was brought up to 2-4 in the 72nd minute. Unfortunately, hopes for catching up ended when the team failed to earn more goals before the regulation 90 minutes.

But the 6-minute stoppage helped Gangwon FC gain their win. Cho was able to score two more goals, which brought the score to an even 4-4. Then barely missing the whistle, Jung o-gook scored a goal in the 96th minute. Thus bringing Gangwon to a 5-4 score, and a win that day. Looking at the K League history, this is one of the biggest come-from-behind wins seen.

The massive overturn in the result of the match also gained international attention, where sports outlets are reporting how ludicrous and fascinating the match was. Sports wagering sites were also abuzz with the result of the match. Given the win, Gangwon is 5th in the league now with 7 wins, 3 draws and 7 losses. They are totaling 24 points. Meanwhile, the Pohang Steelers are 7th in the league with 6 wins, 2 draws, and 7 losses, with a total of 20 points.