Gyeongnam FC demands an apology from the Liberty Korea Party 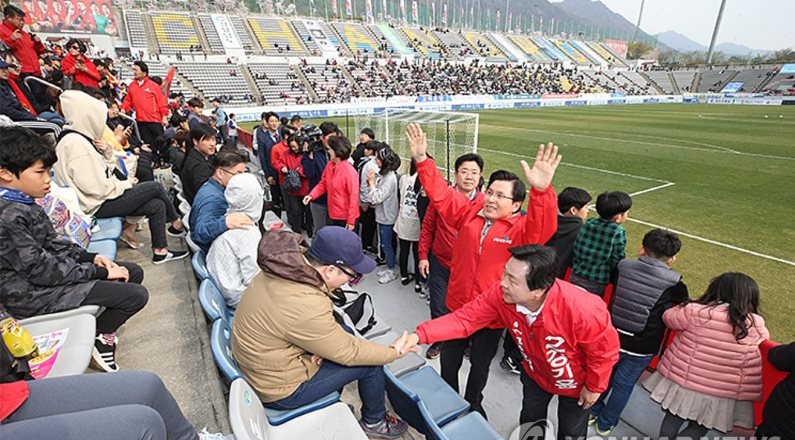 According to the latest sports news in South Korea, Gyeongnam FC is not happy with the political party, Liberty Korea.  This is because of their improper campaigning inside the Changwon Football Center in Changwon last Saturday.  Thus, Gyeongnam FC demands an apology from the Liberty Korea Party and needs to be held morally and legally accountable.

According to football betting pick websites, the infraction took place right before the match between Gyeongnam FC and Daegu FC.  This is when Chairman Hwang Kyo-ahn and by-election candidate Kang Ki-yoon took upon themselves to campaigning inside of the stadium.

Violation of the Korea Football Association and K League Laws 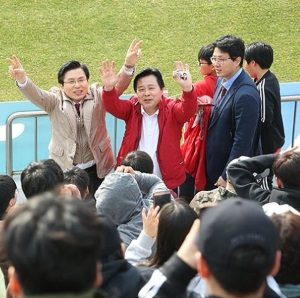 According to KFA and K League laws, political candidates can enter stadium with a ticket.  However, they are not able to display any type of candidate number, name, party name or emblem. Furthermore, the rule also prohibits party candidates from distributing any type of political message.  This also includes the displaying of political slogans and banners.

If the football club is in violation of these rules, then the team can receive a 10 point deduction fine.  In addition, the penalty can also involve having to play a home match in a closed setting or a $17,580 fine.

Kang’s political staff was told that they could not enter the stadium wearing outfits with the party’s name on them. However, they “shoved their way into the stadium, ignoring ticket inspectors and didn’t take off their jackets”.

According to Gyeongnam FC, they want an apology from the LKP for “forcing us to face a dishonorable situation”. Furthermore, if they receive a punishment, the LKP election must “bear responsibility legally and morally for our fans and people”.

There is a possibility that the K League may punish Gyeongnam. This is because despite the circumstances of the incident, they are still accountable for breaking the rule.