Incheon United Asks Montenegro Not to Call Up Striker 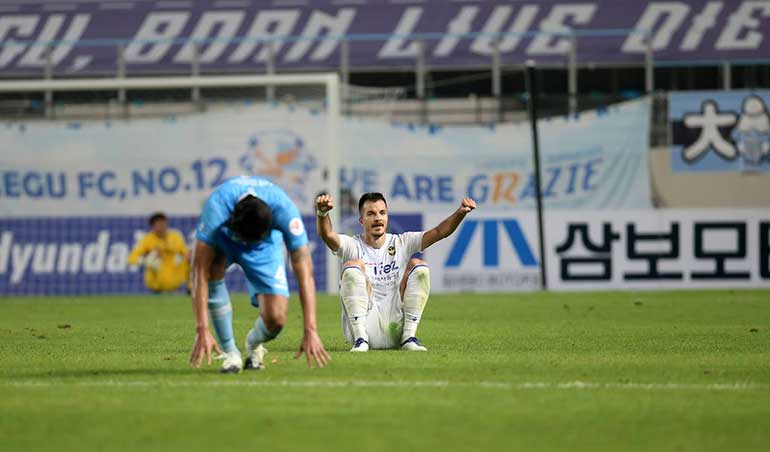 K League 1 club Incheon United asks Montenegro not to call up Stefan Mugosa for international fixtures. The team is currently in a crucial portion of the season. However, the Football Association of Montenegro sent a request to release Mugosa. The country hopes the striker is available for the October 7 to 15 FIFA international match window.

During the window, Montenegro will play three matches. They will face Latvia in a friendly game on October 7. Also, they will have two group stage matches at the UEFA Nations League tournament. Their opponents are Azerbaijan on October 10 and Luxembourg on October 13.

Incheon United is facing a tight battle with several teams to avoid relegation next season. The last-placed team would be relegated right away. At present, Incheon is tied in eleventh place with Busan IPark with 21 points. However, Incheon is ahead in terms of the goal difference with four games remaining. 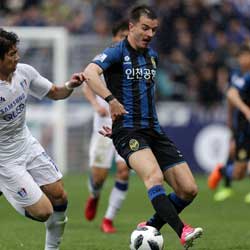 Mugosa is the leading scorer for Incheon. He scored 11 out of the 21 goals of the team this season, according to Incheon United betting reports. Also, he had two hat tricks in September alone.

During the FIFA window, the K League would be on a break. Thus, Incheon would not miss Mugosa for any games. However, international travelers going into South Korea need to undergo 14-day quarantine, according to sports wagering sources. If Mugosa goes to Montenegro, he had to quarantine himself for two week. Thus, he would be available for Incheon’s on October 31. It would be the team’s last game of the season.

According to sports news reports, Incheon nearly lost Mugosa for an extended portion of September. Montenegro tried to call the striker up for the August 31 to September 8 window. However, the team sent a letter to the Montenegro football federation requesting not to take Mugosa for international games.

Fortunately for Incheon, FIFA changed the mandatory release rules. They won’t apply to the team if players need to undergo quarantine for at least five days. Incheon is asking FIFA to consider implementing a similar change for its October window.