Incheon VS Jeonnam ends with a draw 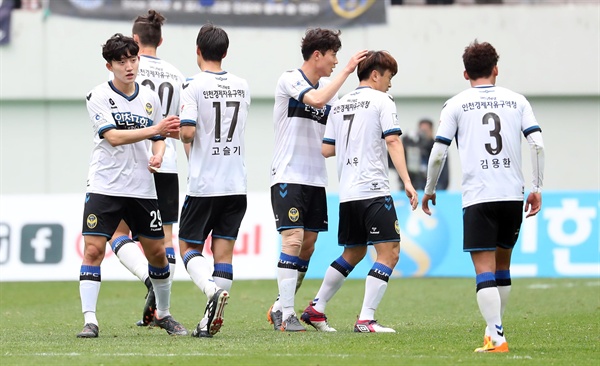 The Incheon VS Jeonnam ended with a draw. The KEB Hana Bank’s K League league match saw Incheon United go against Jeonnam Dragons. The game was held at Incheon soccer stadium at 2 pm on the 7th. The game allowed them to equalize through extra time to score 2-2.

During the game, Incheon was unable to defeat Jeon Ji Hyun of Jeonnam Province. However, they are satisfied with the 4-game unbeaten run in the league. They could not easily get rid of Jeon Jin-jin. Incheon had already won 8 games against Jeonnam.

In the 9th minute, Mugosa scored the opening goal. but Park Jong-jin’s own goal came in the 31st minute. In the second half of the second half, Choi Jae-hyun gave up his win just before the whistle sounded.

As for Incheon, it was a game that reaffirmed the existence of Mugosa. He was unable to play in the last two games due to post – disciplinary action. Mugosa, who posted his name on the tournament’s selection list on the day, announced a successful return in the first nine minutes.

On the other hand, Moon Seon Min struck out the pass. Mugosa then scored another dramatic goal in the 45th minute. At the time, the atmosphere was tense with the 1-1 score. Mugosa succeeded in scoring in three games after K-League opened.

Despite not being able to push for another goal, Mugosa maintains positive energy for his fellow players. Moon Sung-min even said in an interview after the game that having Mugosa around helps the team feel calm.

Both players showed a fantastic breath in cooperation with the opening goal in the 9th minute. At this point, Incheon will have to make more goals in order to advance in higher ranks. But if anything, the recent game proved that Jeonnam is not the team that Incheon can easily defeat. It showed strength for both teams that might eventually go toe to toe again soon.