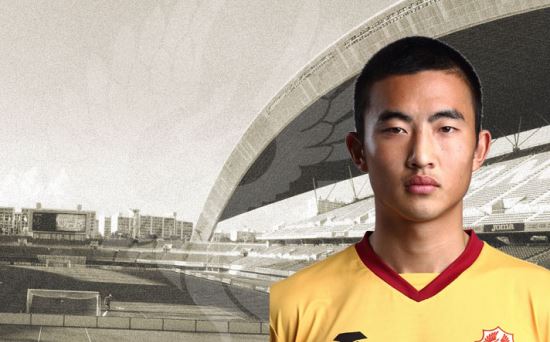 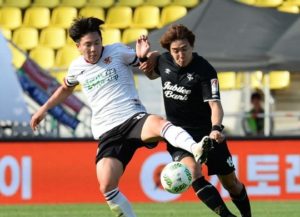 Jo Ju-young is the foremost striker resource boasting a solid body condition. He has a height of 186cm and weight of 80kg. After joining Hyundai-Kia Motors and Kumho-Ajou University, he joined Gwangju FC in 2016 and entered the pro.

Jo Ju-young has a record of 7 goals and 4 helpings in 37 professional games. He previously played for league at Kimhae City Hall in the first half of this year.The biggest advantage of Jo Ju-young are his power, height and speed.

Incheon hopes that Jo Ju-young will be able to strengthen the offensive power. He will serve as a back-up resource with the existing Kim Bo-seob and Lee Hyo-gyun. Meanwhile, Jeong Dong-yoon is a right-field defender with 175cm and 70kg physique.

Chung entered the professional base through the 2016 Gwangju FC entry, currently has 1 assistant record in 55 games in professional games. The biggest advantage of Jeong Dong Yoon is that he plays smart.

The fact that the base has a solid and bright sense will help reinforce the defensive strength of Incheon. Both players are happy to go on board for Incheon. They promised to give their A-game to the upcoming matches with the team.

Jo Ju-young and Jeong Dong Yoon have both completed the process of signing up for the medical test. They will participate in team training immediately.  They will also start preparing for a new start in Incheon in earnest. And the number of the squad was assigned 11 times for Jo Ju – young and 32 times for Jeong Dong – yoon.