Increase in Opening Round attendance for Football Leagues in Korea

The 2019 South Korean Football season is starting out great with large number of fans attending the opening matches. In fact, South Korea saw an Increase in Opening Round attendance for Football Leagues in Korea last week.

This is great news for the K League as they are looking forward to an increase in football popularity.  Especially since last year, the league also had an increase in attendance. In addition, this is surprising news since many Koreans have been staying at home lately and staying away from the outdoor.  This is because of the increase in air dust pollution across the country.

According to K League Officials, the attendance for the opening games went up by 44.7% over the last year.  Last year the opening matches had 9,142 people in attendance while this year 13,226 people went to the matches.

Jeonbuk Hyunday Motors and other teams gets record breaking Attendance 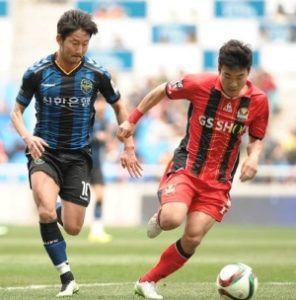 The 2019 K-League season began Friday when Jeonbuk Hyunday Motors took on Daegu FC at the Jeonju World Cup Stadium. According to football betting websites, last year’s champion held a draw against Daegu FC to a crowd of 20,637.  Thus, it was a record as they have never had in excess of 20,000 people attend a season opening match.

Furthermore, the football matches on Saturday also brought large crowds to the field.  The matchup between Incheon United and Jeju United brought a crowd of 18,521 football fans. Even though the match ended in a 1-1 draw, Incheon Football Stadium officials were happy with the attendance.  According to Incheon United FC News, this is because it was the largest crowd to attend a football match since 2012.

Overall, the top K-league 1 According to league officials, even K-League 2 attendance was up by 21.3% over the previous year.

In terms of football betting, KIBET sports betting website also had good news.  This is because they also saw an increase in wagers over the weekend with a 34% increase in football bets.

Bet on Football Today with VOBET, the #1 sportsbook in the world!