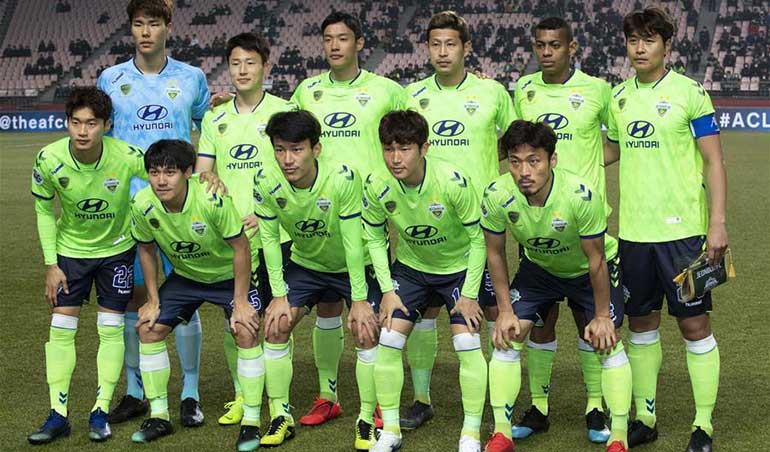 The current K League 1 champions will face league winners from Australia and Japan at the AFC Champions League tournament next year. The draw for the tournament happened last Tuesday. Jeonbuk Hyundai Motors will be in Group H along with Sydney FC and Yokohama F. Marinos. A playoff winner will get the remaining spot in the group.

Yokohama won its fourth J1 League championship this year. Also, Sydney is on top of the standings in the current A-League season. K League 1 will have three teams in the Champions League. Aside from Jeonbuk, Football Association Cup winner Suwon Samsung Bluewings and league runner-up Ulsan Hyundai FC will be playing in the tournament.

According to Ulsan Hyundai betting news, the team will be in Group F, along with Australia’s Perth Glory and China’s Shanghai Shenhua. Suwon will be in Group G with Malaysia’s Johor Darul Ta’zim, China’s Guangzhou Evergrande, and a Japanese team.

East Region teams are part of Groups E to H. They are South Korea, China, Malaysia, Japan, Thailand, and Australia. The group stage will start on February 11. Online gambling South Korea sites informed their players that the AFC Champions League would hold the games every Monday and Tuesday.

Clubs in Groups A to D are from Qatar, Iraq, United Arab Emirates, Iran, Saudi Arabia, and Uzbekistan. Their group stage matches will start on February 10. Also, they will play games on Mondays and Tuesdays.

According to online sports wagering sites, the top two teams from each group will advance to the elimination stage. The K League has the most AFC Champions Leagues winners with eleven. However, the last time a Korean team won was by Jeonbuk in 2016. Since then, no South Korean team reached the finals of the Champions League.