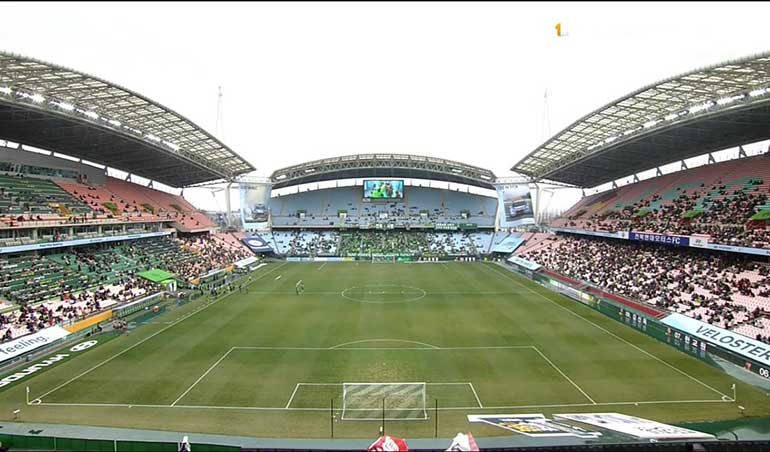 Unlike other teams in the K League 1 that decided to close their stadiums to fans, Jeonbuk Hyundai Motors will allow fans to watch their home games live. However, they will limit the number of live audiences at the Jeonju World Cup Stadium.

Jeonbok Hyundai Motors betting fans are looking forward to the team’s fixture against Sangju Sangmu on Sunday. The group said that it would limit the fans to ten percent of the capacity or a maximum of around 4,200 fans.

The initial plan was to allow 25 percent of the capacity or around 10,200 people. However, they changed their policy to prevent the spread of the coronavirus. Also, the team will provide hand sanitizer packs to fans.

After the surge of coronavirus cases, the government placed Incheon, Busan, Seoul, and the Gyeonggi Province under stricter social distancing protocols. The regions are now under Level 2 alert, according to sports betting odds reports. Thus, sports teams need to play their home games without fans in the stadium.

In the K League 1, Busan IPark, Suwon Samsung Bluewings, Seongnam FC, Incheon United, and FC Seoul need to play home games with no crowds in the stands. Based on online sports betting sources, Gwangju FC and Daegu FC are not under Level 2. However, the two teams voluntarily closed their stadiums to fans during home games.

On August 1, K League opened the stadiums to fans three months after the start of the season. However, they kept the crowd at 10 percent of the total capacity of each facility. They raised it to 25 percent last week.