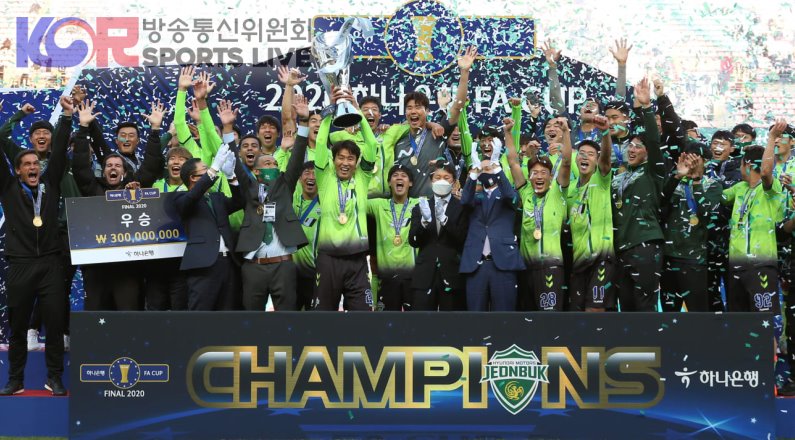 This past Sunday was full of excitement for soccer betting fans in South Korea and around the world.  This is because Jeonbuk Hyundai took on Ulsan Hyundai FC for the 2020 Korean FA Cup tournament. The end result was Jeonbuk Hyundai Motors wins the 2020 FA Cup.

According to the latest football betting news, Jeonbuk Hyundai Motors won against Ulsan Hyundai FC in a 2-1 defeat. Furthermore, the match took place in front of thousands of fans at the Jeonju World Cup Stadium. For Jeonbuk, this is a momentous event because it is their second major football title won this year.

The Korean FA Cup is a national football cup knout competition that is held annually by the KFA. In addition, winning the FA Cup will let the team enter the next season’s AFC Champions League group stage. Therefore, Jeonbuk winning the 2020 FA Cup against Ulsan Hyundai FC also gives them a leg up for next season.

Of course, those who like to Bet on Jeonbuk Hyundai Motors are quite happy with this win.  This is because they did cover the point spread making thee very happy. The defeat of Ulsan Hyundai FC took place during the second leg of the championship final.

According to betting odds websites, both goals by Jeonbuk Hyundai Motors were made by midfield Lee Seung-gi. Furthermore, both goals were made during the second half of the game making the match even more exciting for fans.

During the first leg of the tournament, the first match on Wednesday was a draw.

For South Korean soccer fans, this victory is huge and one for the record books.  This is because it is the first time that a team won two major trophies in one season. The first title they won was the K League 1 title last week.

The next question is whether Jeonbuk can add another trophy when they head to Qatar for the AFC Champions League.

Bet on Football with VOBET for the best Football Betting Odds