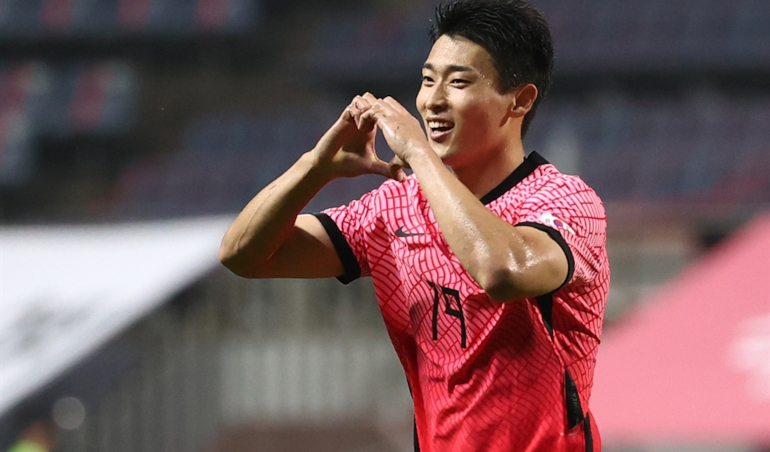 A World Cup match is on the horizon for K League top scorer Cho Gue-sung. South Korea will face Uruguay on Thursday. First, however, Coach Paulo Bento has the last say on whether Cho will be in the starting lineup.

According to sports betting reports, Cho is not Bento’s first choice as a starting forward. Instead, the coach opts for a single striker to have a more aggressive midfield. If that is the case on Thursday, Bento has a choice between Hwang Ui-jo or Cho.

Even though both Cho and Hwang will play in their first World Cup, Hwang has more experience as a forward because he has recently been a frequent national team selection.

Jeonbok Hyundai Motors betting fans were happy when Cho made his national team debut in September. It was a World Cup qualifying match against Lebanon. On the other hand, Hwang has had 49 appearances and 16 goals for the side since 2015. While it was a rough contest for the Taeguk Warriors, Cho made a statement by scoring the game’s lone goal in his debut. Cho has made 16 appearances for the national team and scored four goals.

According to soccer betting picks experts, Cho displayed some great football in the domestic league this season. Cho finished the season as the top scorer with 17 goals and five assists in 31 games. After contributing to three of the eight goals in each of the FA Cup finals’ two legs, he was voted the game’s MVP.

Despite being the Taeguk Warriors’ more seasoned striker, Hwang’s spot in the starting 11 does not appear to be as confident, given that he has had a difficult season with his new Greek side, Olympiacos.

Bet on World Cup games with VOBET, the best sportsbook in the world!