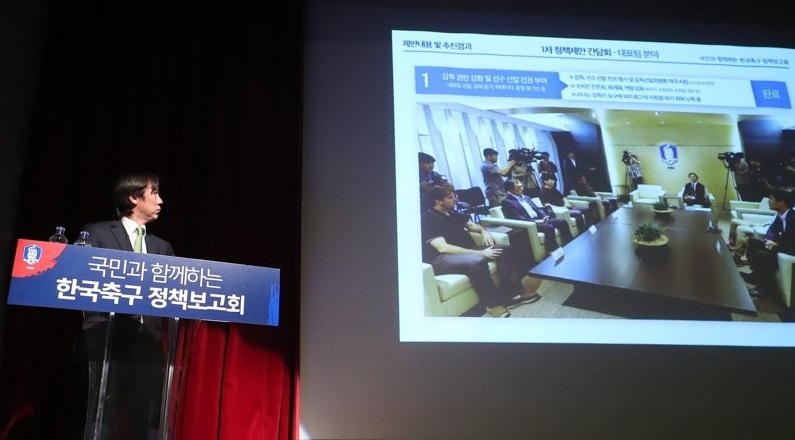 In addition, during the conference, the KFA spoke to give a progress report on it latest projects. This latest project is about the three hearing sessions held last year.  During these sessions, fans gave their opinions and ideas about the national football team, youth football and the management system.

The announcement took place in front of a crowd of 200 people including fans, the media and KFA officials.

Main Upgrades to the KFA Policies 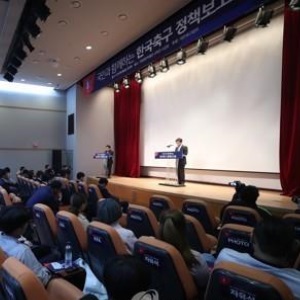 KFA President Chung Mong-Gyu wants to implement policies that “best reflect needs from thos who actually work on the field”. In addition, he vows that the KFA will do its best to upgrade and improve Football in South Korea.

Thus, he wants to have a national football team that will improve their performance by using a fair system.  He said that his goal is to make an environment where “talented players can grow”.  Furthermore, he also intends on having competitions that can help players and coaches who participate.

Michael Muller, the head of KFA technical development committee believes that “small-sided games will improve our players’ technical skills”.  According to the latest sports betting software analysis, this will further educate Korean players in a competitive setting.

Football Betting Pick expert are happy with the KFA policy upgrades.  This is because it will essentially lead to better players and game activities.