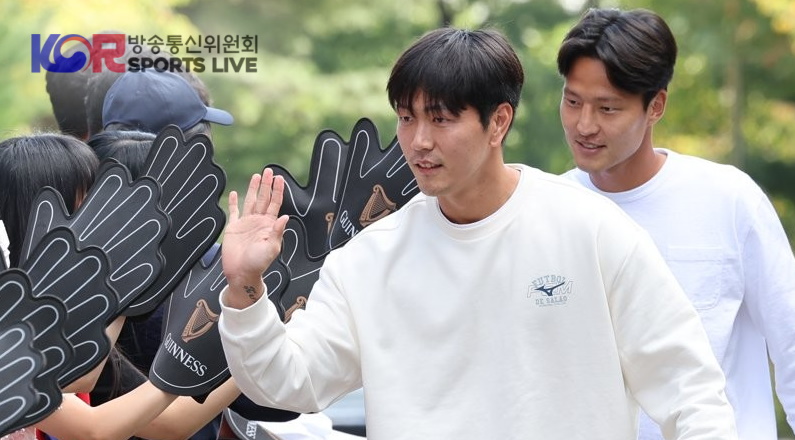 With only 2 months left until the 2022 World Cup in Qatar, teams are ramping up their practice time. This is not just in the form of team practice but also with tune-up games against other World Cup contenders. Ahead of these tune-up games, the 20220 World Cup Training Camp in Korea begins today!

According to the latest sports news, 20 of 26 players have arrived at the National Football Center (NFC) for training. However, Paul Bento, the head coach of the Korean National Football team expects the rest of to arrive shortly.

This is because Korean footballers playing in Europe will be arriving tonight or tomorrow. This includes Son Heung-min of Tottenham Hotspur, Kim Min-jae of Napoli and Lee Kang-in of RCD Mallorca

One change has been made to the Taegeuk Warriors World cup roster due to injuries. This is because goalkeeper Jo Hyeon-woo is on the sideline with a knee injury. Therefore, Kim Dong-jun will take over his spot.

For South Korea, this training camp session is very important as they will have their first tune-up game this Friday. This is when they will be facing Costa Rica at 8PM at the Goyang Stadium. Afterwards, they will have another tune-up match against Cameroon on September 27 at the Seoul World Cup Stadium.

For football betting professionals and handicappers, these tune-up matches are fairly important. This is because it is their last opportunity observe their capabilities before the start of the FIFA World Cup. Of course, for the team itself, it is their last chance to get some experience against other World Cup contenders.

During an interview, Bento said that he welcomes an extra day of rest for players arriving from Europe. This is because during earlier World Cup Qualifying matches and friendlies, those players only had one day of rest.

According to betting odds websites, Bento will be using the tune-up matches to improve their style of play.

For the 2022 FIFA World Cup, Korea is in Group H and will be against Portugal, Uruguay and Ghana. This will be their tenth consecutive World Cup appearance and their first match will be on November 24 against Uruguay.