Today, the Korean National Football Team Departs for Qatar for their eleventh World Cup appearance. Their flight left at 12:25 AM with 18 of the 26 Korean football players on the team roster. As they took their flight, Korean football fans are eagerly hoping that the team will make Korea proud.

According to football betting news, coach Paul Bento had a press conference the night before. He said that they will try to maker their supporters proud as they go to represent South Korea.  Furthermore, he said that they are “thankful for the fans” and are happy to be play in the World Cup”.

During the interview at Incheon International Airport, he also said they would do everything to achieve the best possible results. 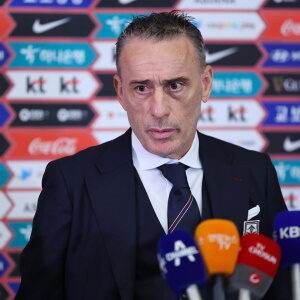 The day before leaving for Qatar, Bento had made public the 26-man roster that would participate in the world cup. However, only those that were in Korea during the time of departure left this morning. This is because the remaining 8 Korean football players will be leaving from Europe later in the week.

Furthermore, one extra player will be joining the squad as a replacement player. According to betting odds websites, Oh Hyeon-gyu of the Suwon Samsung Bluewings will be on the flight to Qatar. This is because he is there as a possible injury replacement for Son Heung-min who is recovering from facial surgery.

He underwent surgery 10 days ago after suffering multiple fractures around his left eye from a collision with another player. Despite the recent surgery, Son Heung-min is set on playing at the World Cup. However, those who bet on football believe that he will probably have to weak a protective mask during the tournament.

The Korean National Football Team are in Group H and will play their first match on November 24 against Uruguay. Afterwards, they will be playing against Ghana on November 28 and then against Portugal on December 2, 2022. Furthermore, all three of their matches will be held at Education City Stadium in Al Rayyan, just west of Doha.

Bet on Football with VOBET, the Official sponsor of Hamburg SV