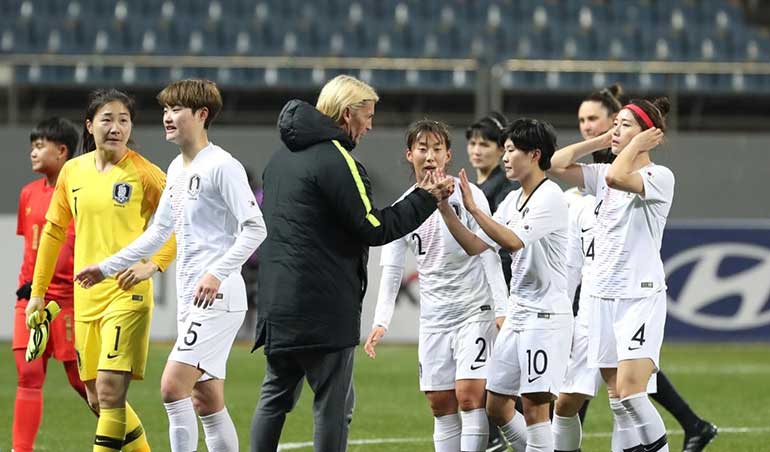 Host country South Korea beats Myanmar to the score of 7-0 to begin their quest of qualifying for the women’s football discipline in the Tokyo Olympics. Three players scored for South Korea, including the nation’s all-time scoring great Ji So-yun.

It is the third round of the Asian qualifiers for the Tokyo Olympics. Group games are held at the Jeju World Cup Stadium in Jeju Island. Coached by Colin Bell, the South Korean ladies will play against Vietnam on Sunday. The top two squads from each group will advance to the round-robin phase.

Group A consists of South Korean, Myanmar, and Vietnam. Group B is China, Chinese Taipei, Thailand, and Australia. The winner of A will face the runner-up in B. Also, the winner of B will go up against the runner-up of Group A. The winners of those games will qualify for the Olympics. 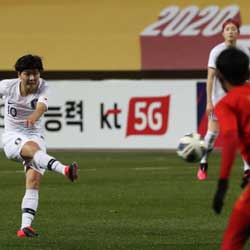 South Korea has never qualified for the women’s football event in the Olympics since it debuted in 1996. The rank 20 South Korea needed merely six minutes to score the first goal. The referee awarded a penalty to Kang Chae-rim after Tun Khin Marlar pushed her in the penalty area in the fifth minute. Ji took the penalty kick and scored her team’s first goal of the game.

Lee So-dam scored the second goal in the 37th minute. She rebounded Kang’s unsuccessful header straight towards the top shelf. Also, Ji scored her second goal in the second half through an assist from Park Ye-eun. National Football Team betting sources showed Ji has a total of 57 goals in 122 appearances with the national team.

South Korea’s fourth goal came from Park in the 53rd minute. Betting picks experts were surprised with the goal because it was the first international goal of her career. What’s more surprising is that she scored a second goal in the 71st minute.

Based on gambling South Korea reports, the sixth goal came from Yeo Min-ji, who came off the bench. She scored a header in the 81st minute. Also, she scored another goal in the 89th minutes with an assist from Kim Hye-ri.