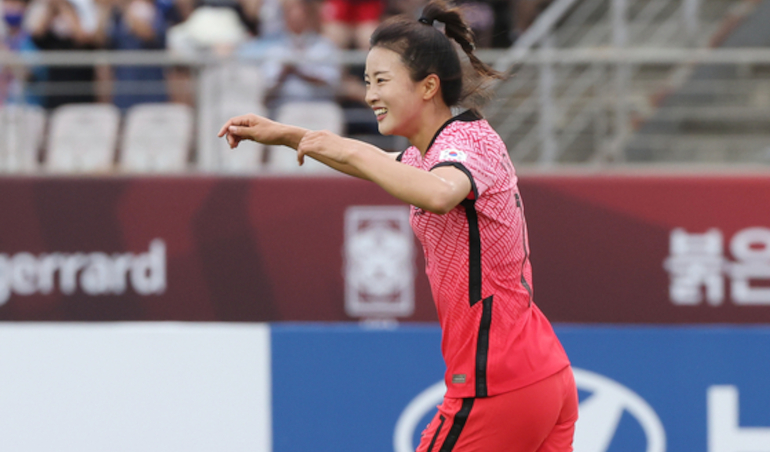 The Taeguk Ladies won against Jamaica in a friendly held in Hwaseoung, Gyeonggi. Choe Yu-ri scored the game-winner.

Choe, who plays for Hyundai Steel Red Angels, scored her ninth goal for the National Football Team. The winning goal came at the 14th-minute mark. She got a deflection after Lee Min-a’s attempt rebounded off the goal post. Thus, she grabbed the rebound and shot the ball past keeper Sydney Schneider.

According to National Football Team betting fans, Choe was one of the bright spots for Korea during the disappointing trip to the EAFF E-1 Football Championships last July. Aside from Choe, the squad has its regulars, including Ji So-yun, Lee Min-a, Jang Sel-gi, and Lee Geum-min.

However, Cho So-hyun of Tottenham Hotspur was not part of the roster due to an injury. According to people who bet on football, Cho’s absence allowed Ji to tie the former’s record of team appearances at 142. Also, it was the most appearances by any male or female Korean football player.

According to football betting reports, South Korea’s win against Jamaica was a significant one. Jamaica is 42nd in the FIFA World Ranking. Also, it qualified for the Australia-New Zealand Women’s World Cup in 2023.

The friendlies will prepare South Korea for the World, which will kick off on July 20, 2023. Additionally, the draw for the group phase will be on October 22.