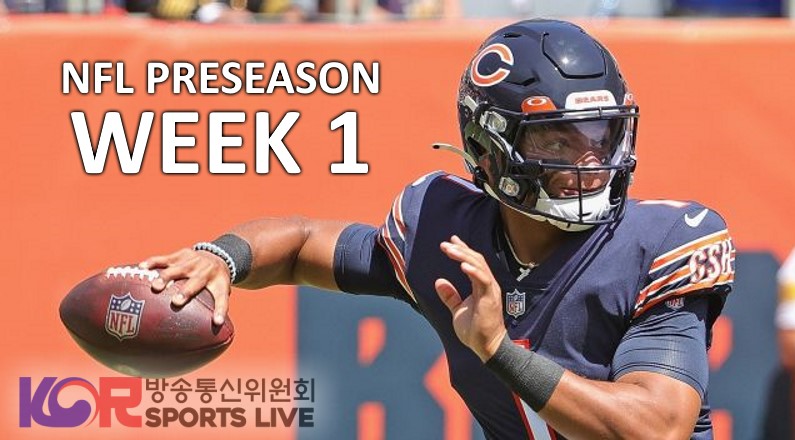 For fans of American football, The NFL Betting season is almost here! In the meanwhile, many sports bettors are placing early bets on the NFL by betting on the NFL preseason. The NFL Preseason lasts until August 29 as the regular season will start on September 9 2021. While we wait for 2021-22 NFL season to start, let’s go over the NFL Preseason Betting Week 1!

Many sports handicappers believe that watching and betting on the NFL Preseason is important when it comes to sports wagering. This is because it gives gamblers an idea as to see which team will perform well in the season. Furthermore, for NFL teams, it is an opportunity to give their rookie players experience playing as professionals NFL athletes.

We all understand the reason for having NFL preseason games. However, while the practice is good for all teams, caution is very important. This is because no team wants any of their athletes to receive any potential injury right before the season. In addition, they do not want to let any of their plans and strategies to been known. Thus, each must create that perfect balance between practice, scouting their opponents and not revealing their strength.

Trey Lance – This rookie will be starting his NFL career as a quarterback for the San Francisco 49ers this season. Therefore, he was one of the players everyone was eager to see in the NFL preseason. During the match against the Chiefs, he got a chance to show his skills and looks promising.

Justin Fields – Rookie QB Justin Fields is probably the player that made the most noise last week. This is because he had 142 passing yards and one touchdown while playing against the Miami Dolphins. According to football betting site, his command of the offensive lineup is what made him shine during the game.

If there are winners, there must also be losers and the NFL is no exception to the rule.

Trevor Lawrence – Lawrence is starting his NFL professional career as a quarterback for the Jacksonville Jaguars. As the number one NFL draft pick, he comes to the NFL with high expectations from his team and fans. While his performance was decent with a 6-9 passing rate, his teammates did not do as well. This is because he tends to hold on to the ball too long while he looks for a play. Then, his teammates are not able to provide enough coverage for it. According to Korean Sports news, this bodes ill for the overall offensive of the Jaguars.

Bet on the NFL with VOBET, the best sportsbook in the world!