Son Heung-min Hits the 20 Goal Milestone in a Season

Once again, Tottenham Hotspur’s South Korean star, Son Heung-min is in the news again for his soccer playing skills. According to football betting news, this time it is for reaching a career high best this season. This is because Son Heung-min Hits the 20 Goal Milestone in a Season after a 1-1 draw against Liverpool.

This momentous occasion took place yesterday at Anfield in Liverpool during the 56th minute of the game. According to football betting odds info, Ryan Sessegnon made a perfect setup for Son Heung-min giving Tottenham a 1-0 lead. Unfortunately, Liverpool came back 22 minutes later to even up the game with a goal from Luis Diaz. 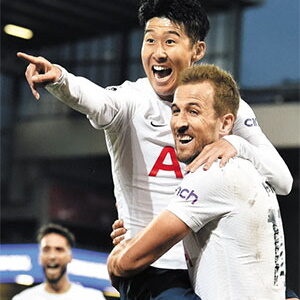 At the moment, Tottenham is number fife in the ranking with a 35-19-5-11 record. As a top Premier League Team, they of courser have a lot of talent which includes Son Heung-min. He has proven himself many times since he became a part of the team and this is just the beginning.

For one, in all the competitions this season, which include the League Cup and continental tournaments, Son has 21 goals. For Son Heung-min fans, this means he is just one point shy of his career high during the 2020-2021 season. However, for the number of goals during a single Premier league season, this is a personal best.

Son Heung-min is now the second player in Premier League history to make 20 or more goals in a season.  At least, 20 without the benefit of a penalty. He now part of a very exclusive club with former Tottenham player, Gareth Bale. Bale is the first Premier league player to do that feat back in the 2012-2013 season.

With 20 goals, Son Heung-min is hoping to compete against Mohamed Salah for the Golden Boot award. At the moment, Salah leads the packs with 22 goals and in third place is Cristiano Ronaldo with 18 goals.

During an interview about reaching the 20 goals mark, Son was as humble as ever. He said team performances were far more important than his personal statistics. For those who are Tottenham fans and bet on football, this is great t hear. At least, if they bet on the overall team performance.