Son Heung-min is the Top Athlete in Korea

The results of the poll were made on Monday with 1,700 votes from South Koreans over 13-years old. Football betting fans were of course ecstatic that Son Heung-min got 72.8 percent of the votes. Furthermore, the voting was done between November 5 thru November 28, 2021 with voters able to vote for 2 athletes. 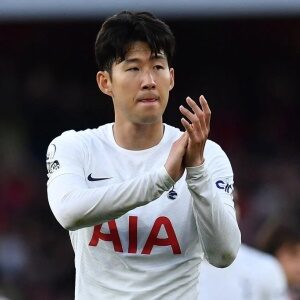 For Son Heung-min, it is his fifth time in a row receiving that honor and for good reasons. The first is because he is an international football star that hails from South Korea. He is currently playing for Tottenham Hotspur in the Premier League and is the most dangerous attacker in the league.

Second, Son is a record holder in the Premier League with a season high of 17 goals, in 37 matches. In 51 games across all competitions, he got a total of 22 goals which is his career best. This season alone in the Premier league, he has made a total of 6 goals in 13 Premier League games. Sports fans who like to bet on football have made a lot of profit betting on a team he belongs to.

Sports betting odds websites, say the results of the poll are exactly what they were predicting. This is because Son Heung-min is still seen as a legend that is nowhere near his peak.