High-scoring midfielder of the Ulsan Hyundai, Kim Bo-kyung Wins the K-League MVP Award after Monday’s voting results. According to the latest soccer betting news, Kim got the most individual awards in the South Korean football league.

Thus, the 30 years old football professional player led the league with 13 goals and 9 assists. According to the latest sports news, Kim Bo-kyung was present at the award ceremony in Seoul.  Therefore, he was able to give an acceptance speech after winning the K-League MVP Award.

Details of the 2019 K-League MVP Awards 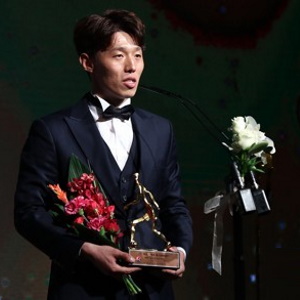 According to the details of the voting, Kim Bo-kyung got 42.03 points out of a possible 100.  The voting made by head coaches, club captain and the media gave him the highest number of votes. In second place came player Moon Seon-min with 24.38 points.  Jeonbuk Hyunday Motors betting fans were very happy to see two of their players rank top in the voting.

In third place came Cesinha of the Daegu FC who is the best in the K-League for offensive points. This is because he got 25 offensive points with 15 goals and 10 assists.

According to football statistics, this is the firs MVP award for Kim.  In addition, Kim originally came from playing with Cardiff City in the English Premier League.  Unfortunately, while he won the K-League MVP Award, his team lost the championship title this season.

For the Ulsan Hyundai, this was their first opportunity to win the title after 14 years. Ulsan took a 79-76 lead over them on Sunday against the Pohang Steelers. However, Jeonbuk beat Ganwon FC 1-0 to finish with 79 points that led to a tie.  Unfortunately, Jeonbuk won in the first tiebreaker to win the Championship Title.

Thereafter, the voting for the MP Awards took place where Kim Bo-kyung Won the K-League MVP Award. According to new outlets, this was Kim’s first season with Ulsan Hyundai.  Previously, he was with Jeonbuk making this even more discouraging for him.