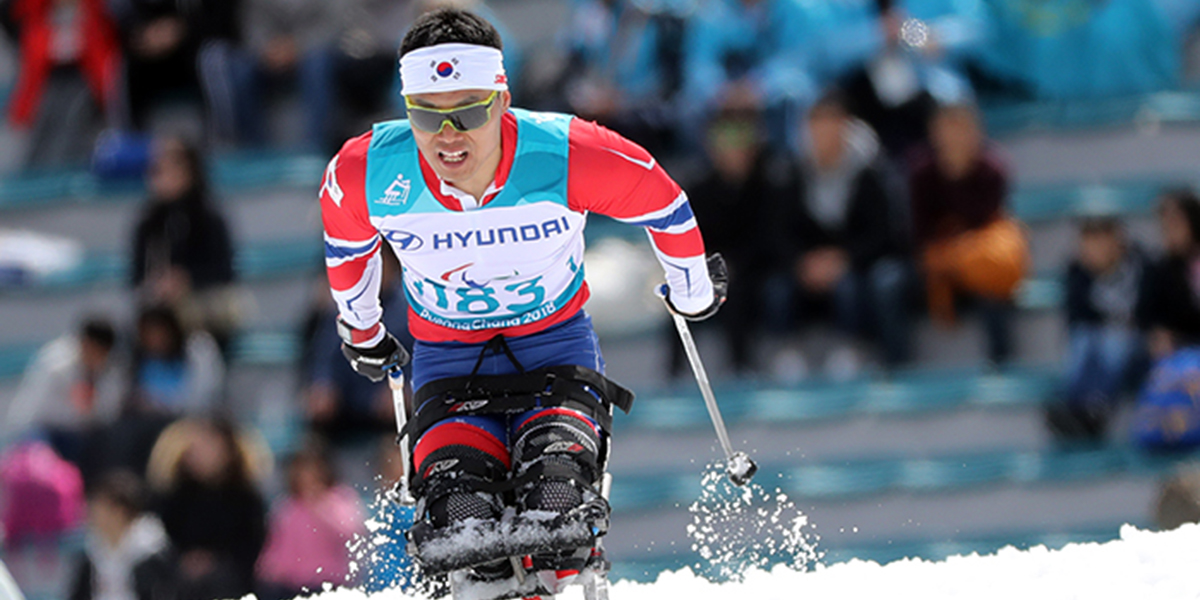 Korean para-biathlete Sin Eui-hyun placed fifth out of 17 athletes at the men’s 12.5-kilometer (7.76-mile) biathlon sitting event on Tuesday. Though Sin skied remarkably, rifle shooting was what stopped him from medaling.  Sin was in the lead 2.37 kilometers into the race, but missed one target out of five during the first shooting.  As a penalty, he had to ski an additional 100 meters. During the short- and middle-distance races, biathletes must ski an additional penalty loop for every target they miss.  Still, Sin caught up to be second in the lead just 5.04 kilometers into the race.

First place went to Ukraine’s Taras Rad, while Daniel Cnossen of the United States took second.  Both had clean shooting sessions and missed no targets.  Bronze went to another United States athlete, Andrew Soule, who missed two targets in the third session.