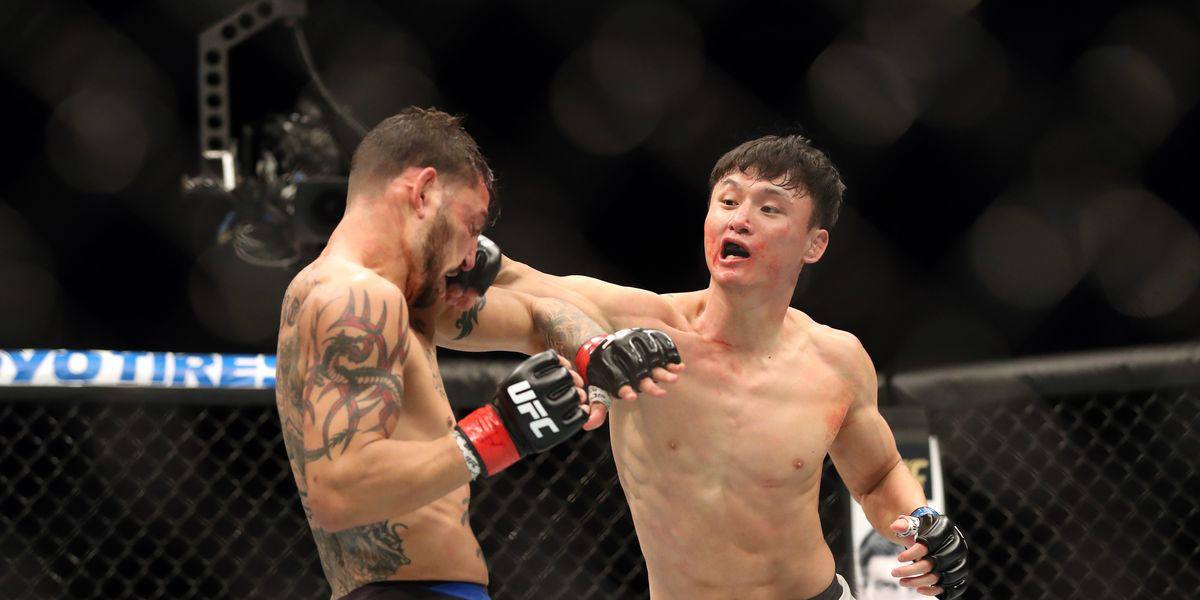 Korean mixed martial arts (MMA) fighter Choi Doo-ho said Wednesday that he is not afraid of having a five-round bout when he competes at an upcoming Ultimate Fighting Championship (UFC) event.

Choi will headline the UFC Fight Night 124 in St. Louis with Jeremy Stephens on Jan. 14.  The 26-year-old will have his first fight since losing to Cub Swanson last December.  While his year-long absence from the Octagon could be a concern, Choi will also have his first five-round fight since making his MMA debut in 2009.

Choi Doo-ho on his Upcoming Fight

Choi, nicknamed “the Korean Superboy,” said he isn’t afraid of having a five-round fight.  “I felt my stamina was a problem during my bout against Swanson,” Choi told reporters at a media event in Busan.  “So I’ve prepared a lot this time. Since it’s a five-round fight, I think I can show many different things.”

Choi, currently ranked 12th in the featherweight division, said he is confident about performing in a main event.  “You’re going to have a five-round fight anyway when your ranking goes up,” he said.  “With that open mind, I’ve worked hard. I’m all right with five-round fights.”

In St. Louis, Choi won’t be the only Korean in action. Kang Kyung-ho will return to the Octagon for the first time since September 2014 to take on Argentine bantamweight fighter Guido Cannetti.