Korean golf fans have been having a great time this year as many Korean golfers have been winning PGA titles.  Last Sunday was no exception as Jang Ha-na Wins the BMW Ladies Championship making this her fifth career LPGA title.

The best part of Korean sports betting fans is that the win took place on her home territory.  This is because the BMW Ladies Championship took place at the LPGA International Busan in Busan, South Korea.

According to Korean sports news coverage, Jang won the third playoff hole with a birdie.  Thus, in addition to winning her first LPGA title, she also won $300,000 for winning the event. This latest win gives Koreans a total of 14 wins out of 30 in the LPGA tournament this year.

At the beginning of the day, Jang was one shot behind Lee So-mi and Lee Weung-yeong.  Her score in the start was a total of 65 made up of 6 birdies, 1 eagle and a bogey.

During the beginning of Sunday’s match, Jang was slightly 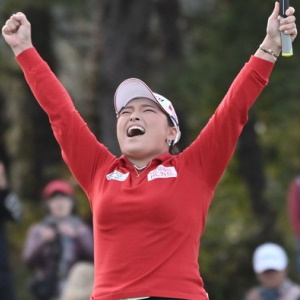 behind Kang.  However, her perseverance paid off on the long run and the betting odds makers were not wrong.

During the thirteenth hole, Jang put more pressure on Kang with a long birdie shot and then a par on at the fourteenth.  By the end of the fifteenth, Jang was 18-under just one behind Kang.

Jang’s tee took shots at the seventeenth went in the rough.  However, that didn’t prevent her from stiffing her subsequent shot. Thanks to a birdy on her next shot she was able to tie with Kang at under 19-under.

In the end, Jang made another clutch putt for par at the eighteenth hole to win the playoff and the tournament. Jang is now an important figure the golfing world.  Especially since the PGA intends on having its own golf betting product by next year.

Now that Jang has won the tournament, she is will be discussing her future with her parents.  Thus, no one knows whether she will stay in Korea or continue in the LPGA tour in the U.S.

Bet on Golf with VOBET, the best sportsbook in the world!