South Korean Tennis players Choi Ji-hee Losses in the first Round of the Korean Open to Kristyna Pliskova.  Korean sports betting fans had high hopes for the 24 years Korean Tennis player at the Women’s Tennis Association (WTA).  Unfortunately, she was not able to defeat the Czech Republic player and lost in two straight sets 6-1, 6-4.

According to betting odds websites, the odds were against Cho who ranks 802 while Pliskova ranks 81 in the world. However, it did not stop fans from cheering for Choi who is seen as a wildcard entry in this tournament. 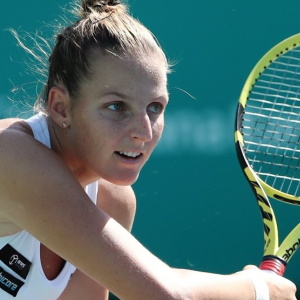 Watching the match was disappointing during the first set as Choi did not put up much of a fight losing 6-1.  However, she did do better during the second set losing 6-4 but it was not enough to defeat the Kristyna. On a side note, Krystina also has a twin sister, Karolina Pliskova who is Number 2 in the world.

According to sportsbook Pay Per Head, Choi is one of two Korean playing this week in singles matches. Therefore, the next South Korean player on the schedule is Han Na-lae who ranks 159 in the world.  She will be playing against Anastasia Potapova of Russia who ranks 75 in the world on Tuesday.

Another match of notes that took place on Monday was between Korean-American Kristie Ahn and Timea Bacsinszky of Switzerland.  Ahn won the match against Bacsinszky in an overwhelming 6-0, 6-0 defeat. In addition, this is Ahn’s first appearance in the Korean Open in two years.  Thus, sports betting picks experts are expecting big things from her.

Other matches of notes on Monday, include Jessica Pegula losing to Ysaline Bonaventure of Belgium, 5-7, 6-2, 6-4. Furthermore, Margarita Gasparyan of Russia won against Tatjana Maria 7-5, 6-4. And Wang Yafan beat Danielle Lao 6-4, 7-6 (2).

The Korean Open is part of the WTA tournament and the only one being held this year in South Korea.

Bet on Tennis with VOBET, the best sportsbook in the world!