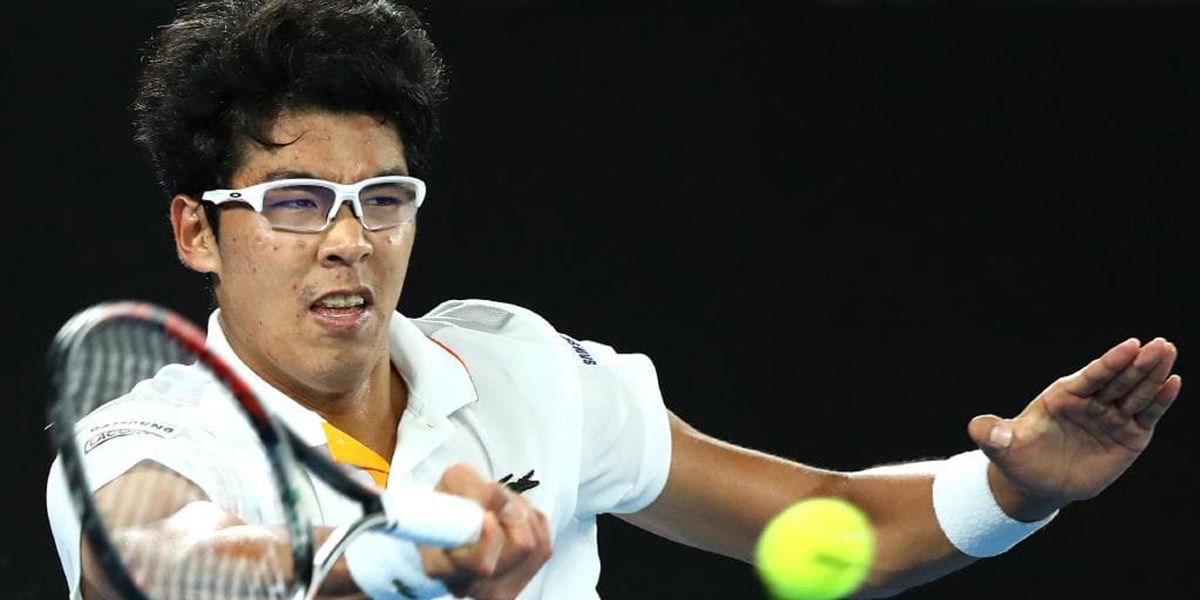 Chung Hyeon continues his stride at the Australian Open, with another 3-0 sweep against No. 97 Tennys Sandgren of the United States in the quarter-finals at Rod Laver Arena in Melbourne on Wednesday.

Chung is the first Korean to ever advance to the semifinals of a Tennis Grand Slam tournament.

Chung got off to a great start in the first set, winning 6-4.  In the second set Chung continued his momentum to take the lead once again.  However, Sandgren didn’t make the second set too easy for Chung, as he quickly caught up winning three straight games to tie the set at 3-3.  While Sandgren was leading the second set 6-5, Chung forced the game to a tie-break.  Chung won the tie-break 7-5.

Chung Hyeon Cruising Through His Sets

In the third and the final set, Chung cruised through once again, winning 6-3.  While Chung was leading 5-2, Sandgren made a last minute attempt to win the game, but failed to overcome the margin, losing the next game.

With the advancement to the semifinals, Chung has guaranteed himself 880,000 Australian dollars ($705,000) of prize money as well as 720 ranking points.  The ranking points will boost Chung’s world ranking, as he is likely to be ranked inside the top-40 at the end of the tournament.  Chung’s highest world ranking was No. 44, but is now ranked 58.