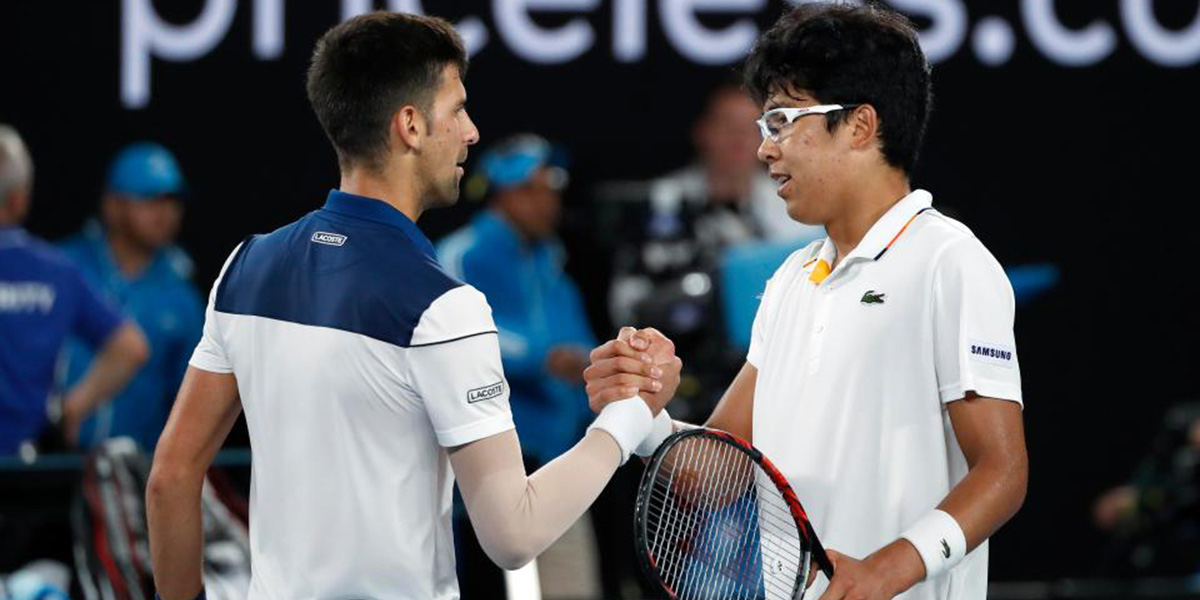 Chung Hyeon continued his impressive run at the Australian Open on Monday after he beat former world No. 1 Novak Djokovic to become the first South Korean to reach the last eight at a Grand Slam event.

Chung produced another upset at the Australian Open after he knocked out Djokovic 3-0 (7-6 (7-4), 7-5, 7-6 (7-3)) in the round of 16 contest at Rod Laver Arena in Melbourne.  He reached the last 16 at the season’s first grand slam event with a surprising win over world No. 4 Alexander Zverev on Saturday.

This was Chung‘s second meeting with Djokovic.  The two players previously met in the first round of the 2016 Australian Open, where Djokovic defeated Chung in three straight sets and went on to win his sixth Australian Open crown.

Chung will next face 97th-ranked Tennys Sandgren of the U.S., who also had an upset win against fifth-seeded Dominic Thiem of Austria, in the quarterfinal. Tennis fans and sports bettors are looking forward to this.

Chung is now the first South Korean tennis player to reach the last eight at a Grand Slam tournament.  Previously, Lee Duk-hee in the women’s singles at the 1981 U.S Open and Lee Hyun-taik in the men’s singles at the 2000 and 2007 U.S. Opens had reached the round of 16.